A sign telling consumers of limits on the purchase of baby formula hangs on the edge of an empty shelf for the product in a King Soopers grocery store, Wednesday, in Denver. 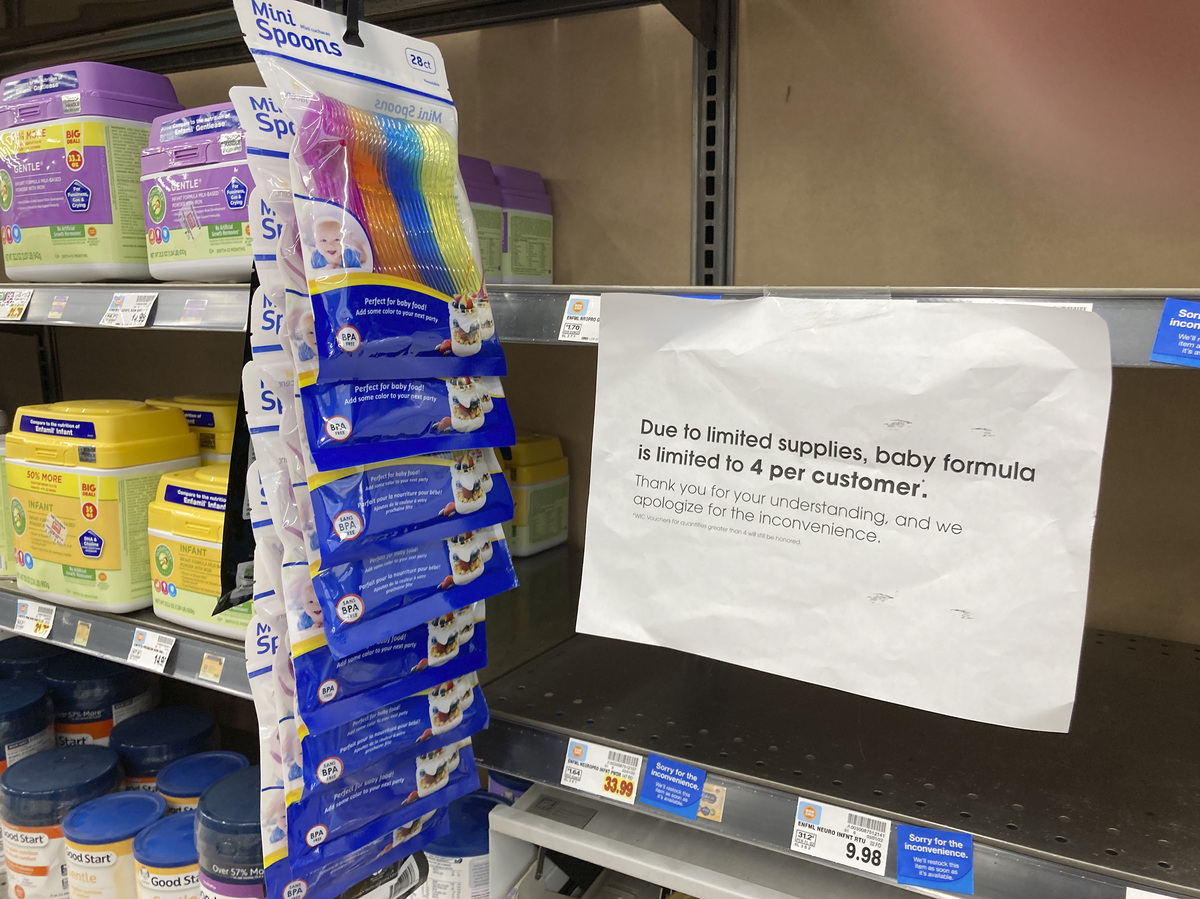 A sign telling consumers of limits on the purchase of baby formula hangs on the edge of an empty shelf for the product in a King Soopers grocery store, Wednesday, in Denver.

The infant formula shortage “is a life or death issue” for a lot of babies in the U.S. and a national emergency, Sen. Kirsten Gillibrand says.

The New York Democrat told All Things Considered that she will ask President Biden to consider using the Defense Production Act to get more manufacturers on line to address the dire situation.

Regular and specialized formulas, made for babies with allergies and metabolic disorders, have been running low across the U.S. for some time.

Datasembly, which collects information from thousands of sellers, found that in the first week of May the average out-of-stock rate for baby formula at retailers across the country was 43%.

“Some are having to choose between taking their children to the nearest emergency room just in desperation for formula, or putting their kids on feeding tubes,” she said.

Gillibrand says sellers are preying on vulnerable families and are price gouging.

She blamed the shortage on “corporate greed and malfeasance” pointing to Abbott Nutrition, which recalled many of its formula products in February due to safety concerns.

“They had safety violations,” Gillibrand said. “They had a whistleblower who told the FDA about these violations in October of 2021. They didn’t take it seriously They didn’t do an immediate investigation.

“And it wasn’t until February of 2022 that the FDA got their act together and started an investigation. So this has created exacerbated situations because now this whole supply chain has been shut down from Abbott.”

Now, Gillibrand said, “The current manufacturers are unwilling to produce enough formula because they think it costs too much money. They need to be told they have to double their production immediately. For a lot of these babies this is a life-or-death issue. “

When asked whether the FDA has responded to Congress’s concerns, she said the agency had not.

“I would urge investigation of the four major companies that produce formula in this country to see whether they’re price gouging, whether there is corporate greed and malfeasance at play, and whether they are willing to increase their production immediately under the Defense Production Act or under just the request of America to protect babies,” Gillibrand said.

[Thread] Twitter product chief Kayvon Beykpour says he is leaving at the request of CEO Parag Agrawal, who wants to "take the team in a different direction" (@kayvz)