A sign at Fort Bragg, N.C., is shown in a photo taken earlier this year. The base is one of ten that are named after Confederate military leaders. 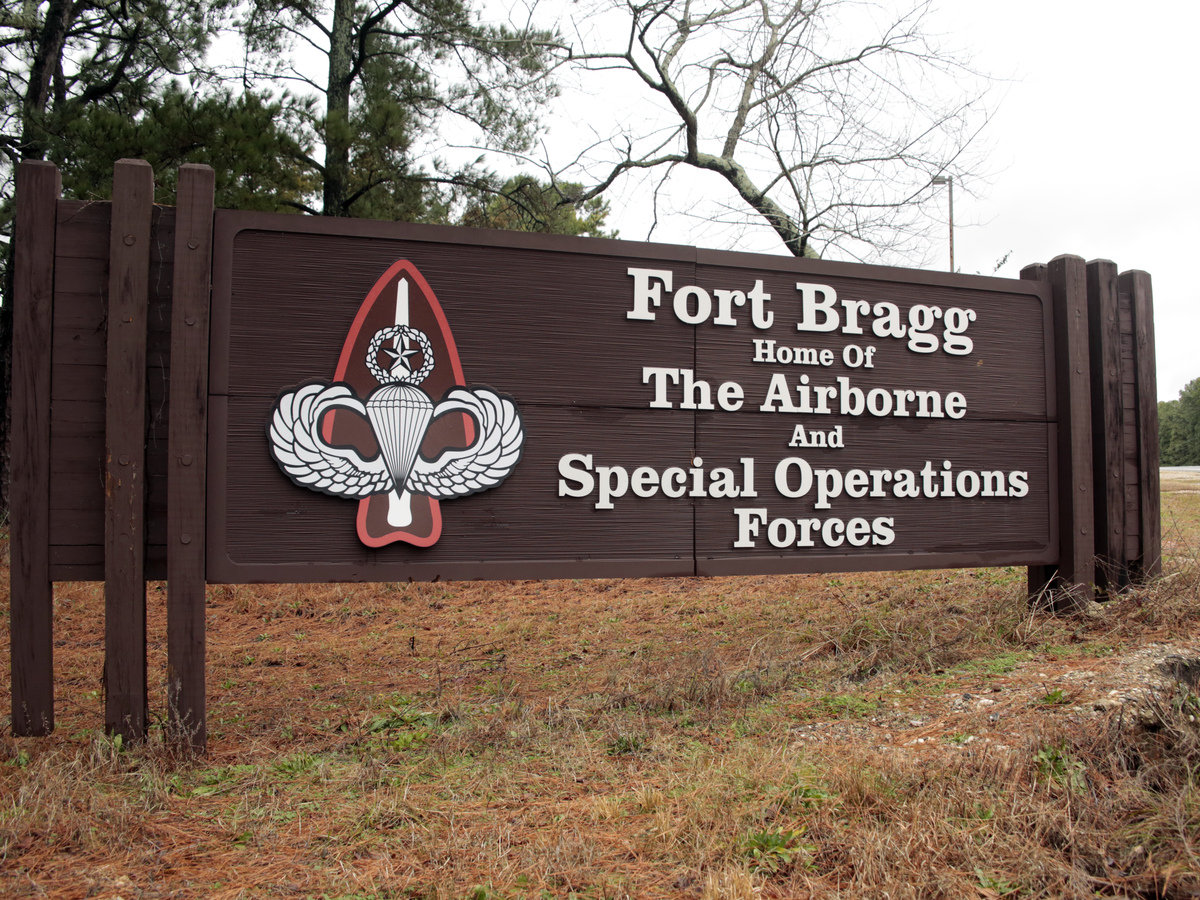 A sign at Fort Bragg, N.C., is shown in a photo taken earlier this year. The base is one of ten that are named after Confederate military leaders.

The Republican-controlled Senate on Thursday overwhelmingly passed a defense appropriations bill that calls for renaming U.S. military bases that honor Confederate officers – a provision that President Trump has threatened to veto.

The Senate’s 86-14 vote to approve the annual National Defense Authorization Act (NDAA) is more than enough to override a veto, should the president follow through on his threat. The vote comes days after the House passed a similar version of the $741 billion bill.

It now goes to conference, where the House and Senate will iron out any differences. Among other things, both bills authorize a 3% pay raise for service members.

The White House issued a statement this week saying that while it supports the spending, it has “serious concerns” about the base-change mandate.

If the authorization becomes law, 10 Army bases named after prominent Confederate military leaders would be changed. They include Fort Bragg in North Carolina, Fort Hood in Texas and Fort Benning in Georgia. Other military installations that bear the names of Confederate figures would also be changed.

In recent weeks, the nationwide Black Lives Matter protests sparked by the police killing of George Floyd have provided new impetus to years of unsuccessful efforts to push for the base-name changes. Many believe it is improper for the U.S. military to honor individuals who fought for slavery and sought to secede from the United States.

Although in the past the military resisted those calls, last month Secretary of Defense Mark Esper and Secretary of the Army Ryan D. McCarthy were reportedly “open” to the idea.

An ABC News-Ipsos poll released last month showed that 56% of those surveyed oppose changing the names of bases, although that figure was heavily skewed by race – 67% of African Americans favored the move, while 32% of white Americans and 54% of Hispanic Americans support it.

In June, Trump tweeted: “These Monumental and very Powerful Bases have become part of a Great American Heritage, and a history of Winning, Victory, and Freedom.”

It has been suggested that we should rename as many as 10 of our Legendary Military Bases, such as Fort Bragg in North Carolina, Fort Hood in Texas, Fort Benning in Georgia, etc. These Monumental and very Powerful Bases have become part of a Great American Heritage, and a…

In an interview with Fox News journalist Chris Wallace that aired last weekend, the president appeared to soften his stance somewhat, saying he “might” veto the NDAA.

“We won two world wars, two world wars, beautiful world wars that were vicious and horrible, and we won them out of Fort Bragg, we won out of all of these forts that now they want to throw those names away,” Trump told Wallace.

Overturning a presidential veto is not a certainty. Lawmakers could flip their votes on the bill to sustain a veto.

The chairman of the Senate Armed Services Committee Sen. Jim Inhofe, R-Okla., said House and Senate lawmakers would work to produce a bill “that both sides can support and the president can sign.”

Hikvision says it began phasing out an automatic minority recognition feature in 2018, but declined to clarify status of their Uyghur recognition analytics (Charles Rollet/IPVM)

Spiderwebs gather DNA that can help us monitor insects in forests