An image taken on the moon by a panoramic camera aboard the lander-ascender combination of of China’s Chang’e-5 spacecraft, provided by China National Space Administration. China and Russia have announced plans to jointly construct a lunar research station. 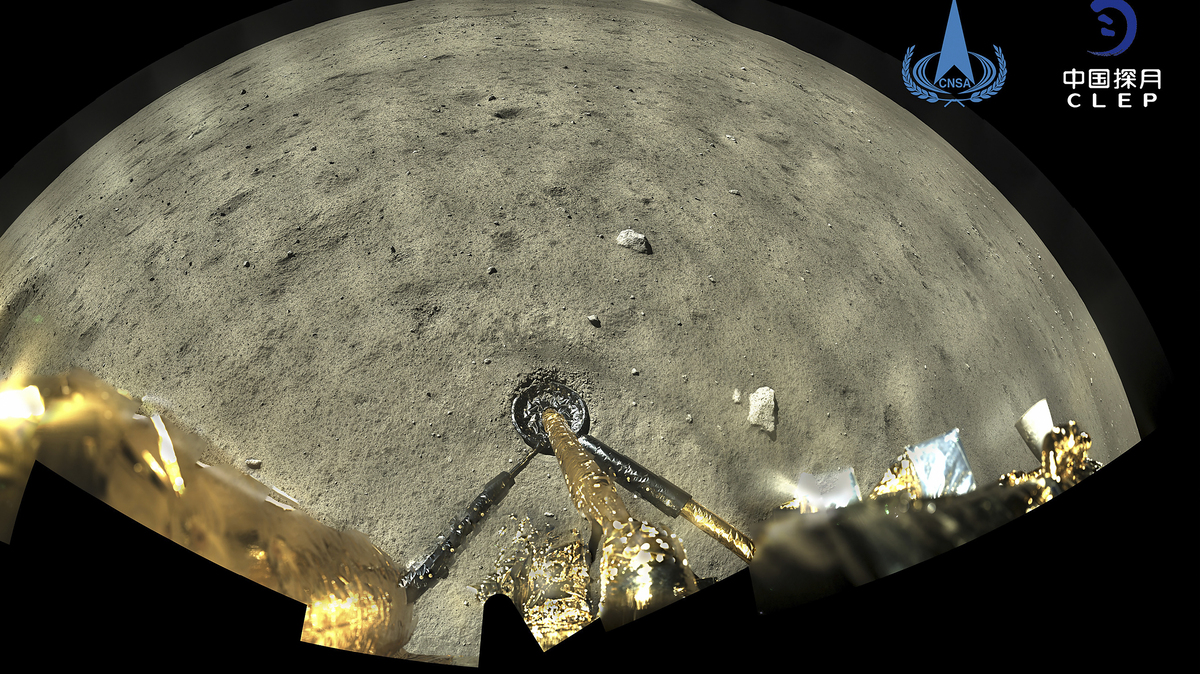 An image taken on the moon by a panoramic camera aboard the lander-ascender combination of of China’s Chang’e-5 spacecraft, provided by China National Space Administration. China and Russia have announced plans to jointly construct a lunar research station.

China and Russia have announced plans to work together to construct a lunar research station, an ambitious first-ever such space project between the two countries.

Russia’s Roscosmos and China’s National Space Administration – the two countries’ respective equivalents of NASA – announced a preliminary agreement on Tuesday to jointly develop the research facility, known as the International Lunar Research Station, or ILRS. The heads of the two space agencies signed a memorandum of understanding in a ceremony conducted via teleconference.

The proposed station, which once complete would be open to use by other countries, “is a comprehensive scientific experiment base with the capability of long-term autonomous operation,” according to a statement released by China’s space agency.

The station will be “built on the lunar surface and/or on the lunar orbit,” the statement said, and will carry out activities such as “lunar exploration and utilization, lunar-based observation, basic scientific experiment and technical verification.”

In a similar but separate statement, Roscosmos said Russia and China “will jointly develop a Roadmap for the creation” of the station, and “conduct close interaction in planning, justification, design, development, implementation, [and] operation [of] the project … including its presentation to the world space community.”

The announcement from the former Cold War rivals comes as NASA is working toward a return to the moon, decades after the last of the Apollo landings wrapped up in 1972. A planned U.S. space station in lunar orbit, known as Gateway, is considered a crucial part of the overall back-to-the-moon program, known as Artemis, which also envisions a base on the lunar surface.

The joint China-Russia proposal doesn’t include a timeline. NASA’s current estimate for Artemis – a program pushed by the Trump administration — would have “the first woman and next man on the Moon by 2024,” though some space policy experts have said they expect that target date to slip under President Biden.

The former Soviet Union put the first human in space in 1961 and managed a number of firsts in the decades-long “space race” with the U.S. However, since the collapse of the U.S.S.R., Russia has shown more willingness to engage in cooperative efforts in space. It has built and launched sections of the International Space Station, sent periodic re-supply missions to the orbiting laboratory, and provided transportation to and from the ISS for astronauts from the U.S. and other countries.

Since the early 2000s, meanwhile, China has quickly ramped up its space program – launching astronauts, constructing its own Earth-orbiting station, and launched a sample-return mission to the moon and a probe to Mars.

India has also made significant inroads in recent decades, with two robotic moon missions — the second a partial success — and a probe to Mars. It plans to send a human into space next year.