A shopper walks past a mostly bare shelf as people stock up on necessities at the H-E-B grocery store in Austin, Texas, on Feb. 18. A devastating winter storm that hit the middle of the country last month helped send retail sales tumbling. 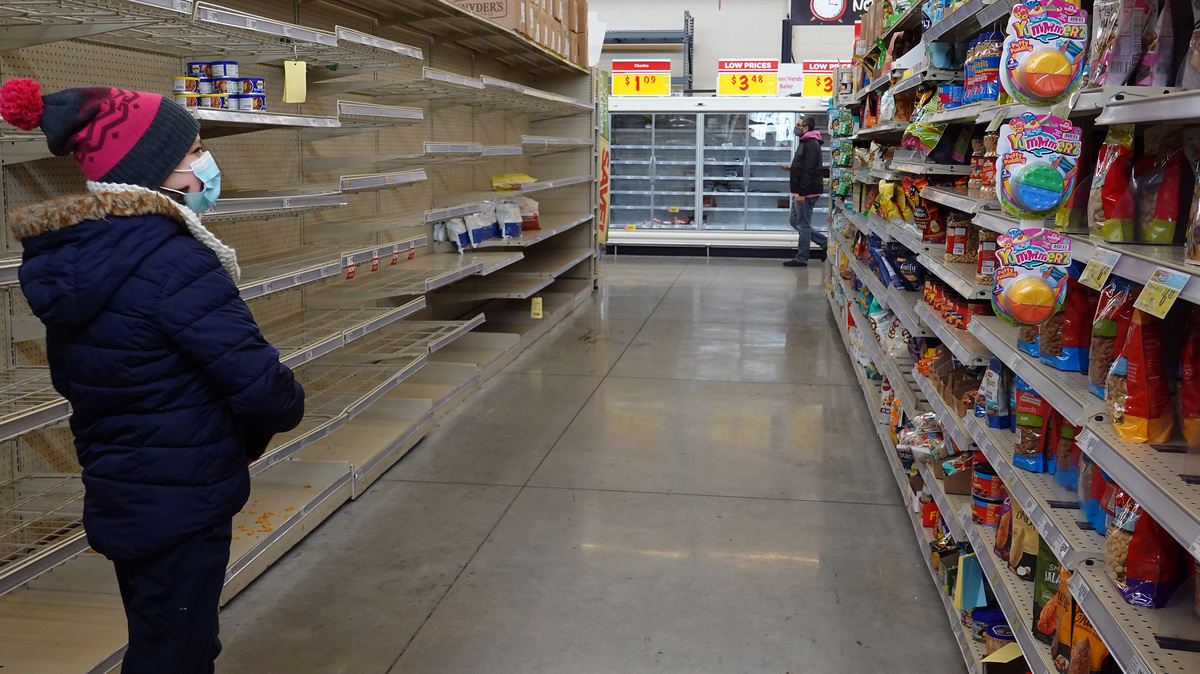 A shopper walks past a mostly bare shelf as people stock up on necessities at the H-E-B grocery store in Austin, Texas, on Feb. 18. A devastating winter storm that hit the middle of the country last month helped send retail sales tumbling.

Consumers put their pocketbooks on ice last month after a spending spree in January.

Retail sales fell 3% in February, according to the Commerce Department. That’s the sharpest decline since the early months of the pandemic, and a much steeper drop than economists had expected.

A winter storm that blanketed much of the country’s midsection last month was partly to blame, depressing demand for sporting goods, home improvement supplies and general merchandise. Online sales, which are typically more weather resistant, also dropped by 5.4%.

“Let’s not mince words. This was bad,” Wells Fargo economists Tim Quinlan and Shannon Seery wrote in a research note.

Still, forecasters expect sales to rebound in the months to come.

February’s drop in retail sales follows a buying binge the month before, when revised figures show sales jumped by 7.6%. That was fueled in part by $600 relief payments that arrived early in the New Year.

With another round of relief payments — worth $1,400 — now making their way to consumers’ bank accounts, forecasters anticipate more free spending this spring.

“With healthier and warmer days nearing, and generous stimulus checks on their way, consumers are poised to shake off the winter chills,” said Lydia Boussour of Oxford Economics. “This year, we expect the combination of an improved health situation and generous fiscal stimulus to fuel a consumer boom for the history books.”