Maryland Governor Larry Hogan is co-chair of the bipartisan group No Labels. Hogan is seen above talking to reporters during a news briefing about the coronavirus pandemic in Annapolis, Md., in April. 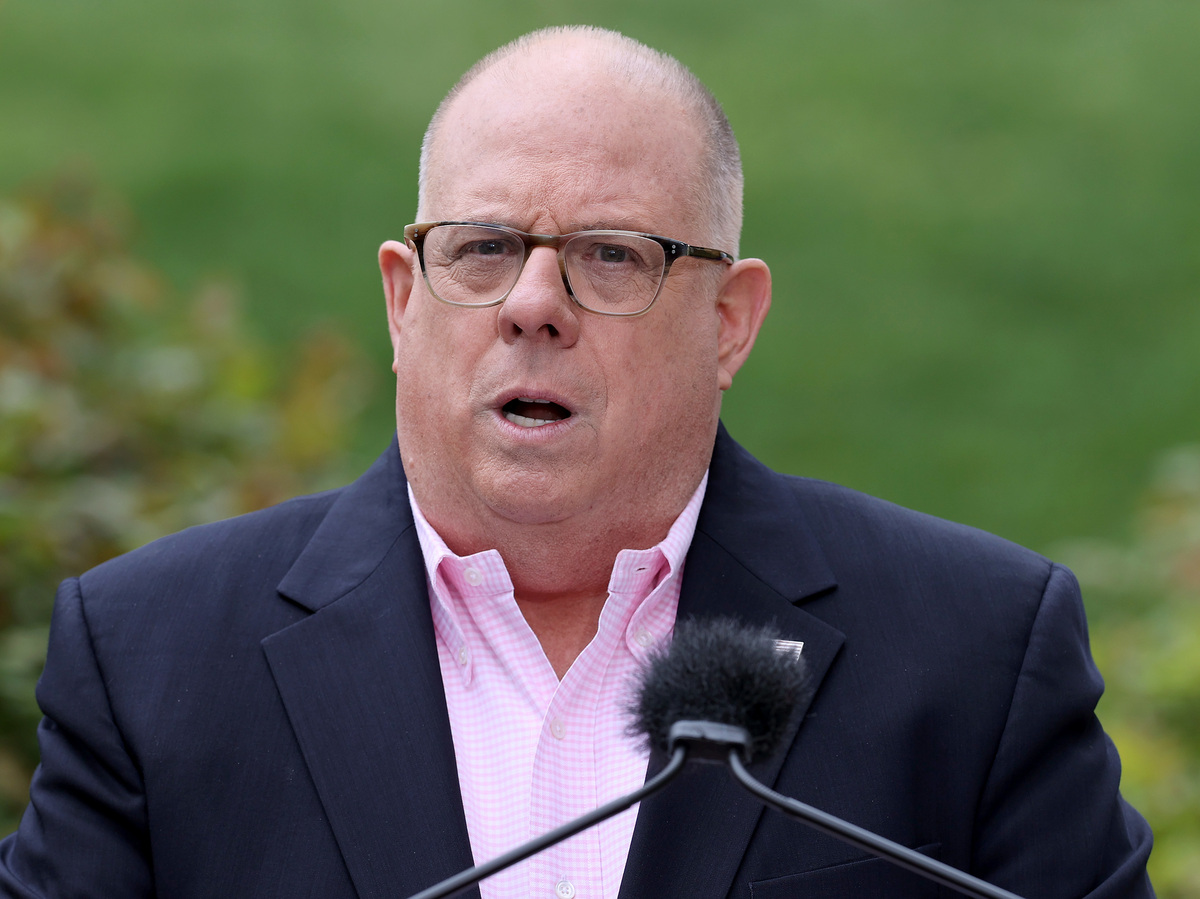 Maryland Governor Larry Hogan is co-chair of the bipartisan group No Labels. Hogan is seen above talking to reporters during a news briefing about the coronavirus pandemic in Annapolis, Md., in April.

Hogan joins Joseph Liberman, a one-time vice presidential nominee and former Connecticut senator, who served as a Democrat before switching to an independent in his final years on Capitol Hill.

Together they will help lead the organization that promotes centrist political ideas as a new Congress is set to convene early next year.

“I am honored to help lead No Labels at a time when our message of putting aside partisan differences for the common good is needed more than ever,” Hogan said in a statement Tuesday.

“Amid this awful pandemic, the people in my state and across our country are desperate for leaders to work across the aisle and focus on solving the urgent problems we face,” said Hogan.

Hogan, now in his second term which expires in 2022, enjoys immense popularity in the blue state of Maryland. He’s also displayed an independent streak, being one of the few members of the GOP to publicly criticize President Trump for his handling of the coronavirus.

In a tweet last month, Hogan hit Trump for playing too much golf, refusing to concede election results and forcing the nation’s governors to work around the federal government to procure sufficient COVID-19 testing supplies.

“If you had done your job, America’s governors wouldn’t have been forced to fend for themselves to find tests in the middle of a pandemic, as we successfully did in Maryland. Stop golfing and concede,” Hogan said.

The president had referred to Hogan as a “RINO (Republican In Name Only).”

Trump also blasted the governor for wasting Marylanders’ money this spring on half a million coronavirus test kits Hogan and his wife Yumi secured from South Korea. Trump also referenced an article by the pro-Trump site Breitbart stating that the test kits were “flawed.”

If you had done your job, America’s governors wouldn’t have been forced to fend for themselves to find tests in the middle of a pandemic, as we successfully did in Maryland.

Hogan’s alliance with No Labels comes as the organization has renewed its support for the bipartisan House Problem Solvers Caucus as well as a group of eight centrist senators trying to push an end-of-year coronavirus relief package through a divided Congress.

“Larry Hogan is such an exceptional leader on every level and he really does defy labels,” Lieberman said in a statement.

He said he is excited to work with Hogan to build a bipartisan approach to the country’s problems as the new Congress convenes next month.

While Democrats maintain their majority in the House, it is by a slimmer margin, and the control of the Senate will be determined by a pair of runoff elections in Georgia on Jan. 5.

“As we approach 2021, the choice before our leaders is simple: Washington will either solve problems on a bipartisan basis or they won’t solve them at all,” Lieberman said.

For Hogan, joining No Labels is another step in raising his national profile.

He just completed a term as the chairman of the National Governor’s Association and earlier this year he released a memoir, Still Standing, where he opened up about defeating non-Hodgkin’s lymphoma.

Earlier this year, Hogan publicly considered mounting a primary challenge to Trump for the Republican presidential nomination. He ultimately stood down, but has left the door open to for running for the White House in 2024.