Kentucky Attorney General Daniel Cameron, pictured on Sept. 23, did not pursue charges related to the killing of Breonna Taylor. Her family lawyers say that indicates bias. 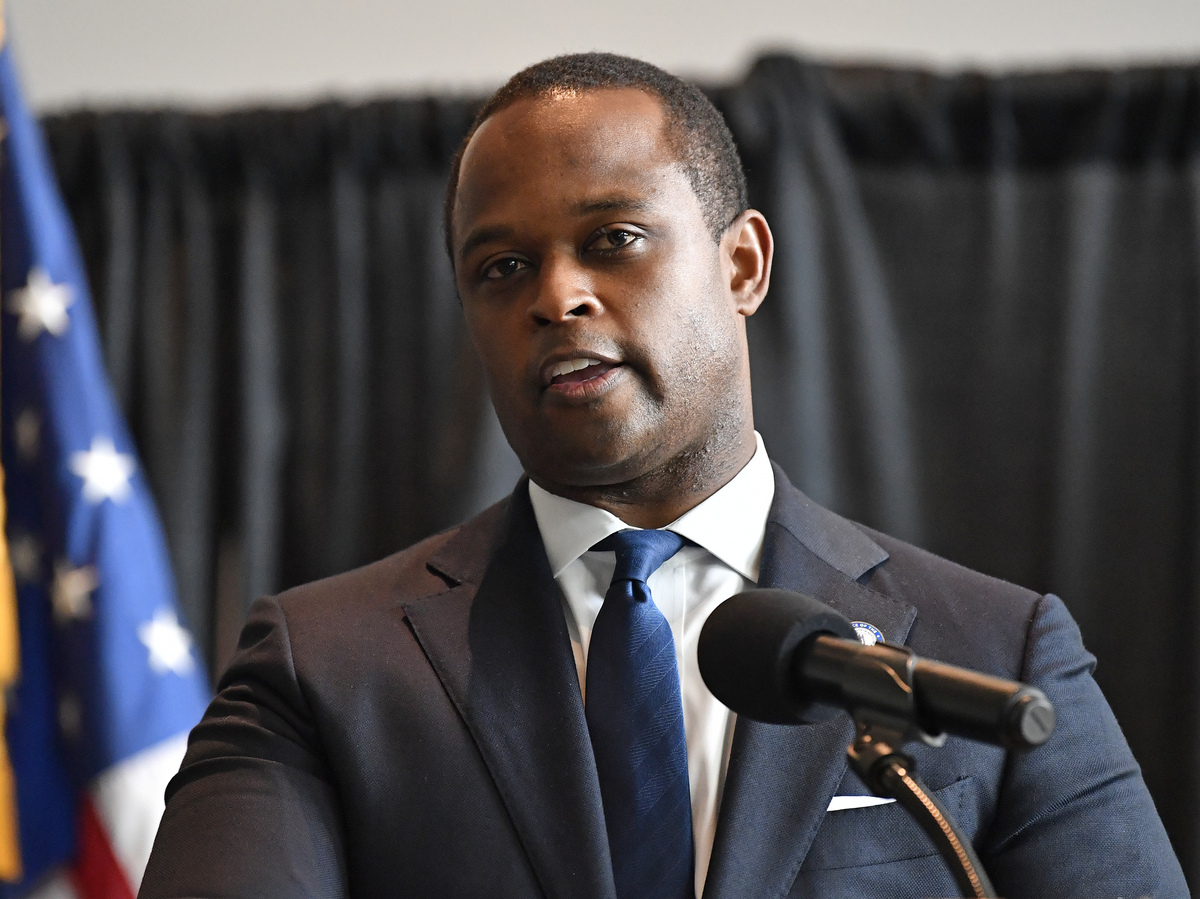 Kentucky Attorney General Daniel Cameron, pictured on Sept. 23, did not pursue charges related to the killing of Breonna Taylor. Her family lawyers say that indicates bias.

Kentucky Attorney General Daniel Cameron on Monday refuted accusations by Breonna Taylor’s family that he improperly handled the case that led to the indictment of just one officer involved in the fatal March shooting.

Cameron’s office explained the circumstances giving him control over the grand jury process, saying it possessed the “resources required to complete the investigation.”

“Our office was asked to appoint a special prosecutor because of a conflict of interest by the Commonwealth’s Attorney, who at the time, was pursuing the prosecution of Mr. Kenneth Walker,” Elizabeth Kuhn, a spokeswoman for Cameron, told NPR in an email.

Walker was Taylor’s boyfriend and was with her the night police burst into her apartment under a “no-knock” warrant.

The explanation follows the release of 15 hours of audio recordings from the court and is a response to an open letter from Taylor’s attorneys alleging Cameron failed to serve as an unbiased prosecutor and calling for a new special prosecutor to reopen her case.

The letter, posted on Ben Crump’s website over the weekend, urges Cameron to recuse himself from future legal proceedings related to the killing of Taylor by Louisville Metro Police officers.

Crump notes that Cameron was asked by the Commonwealth Attorney’s office to appoint a special prosecutor to investigate whether charges should be brought against the three officers involved in the fatal shooting. Instead, the attorney general decided to prosecute the case himself.

“It is now clearer than ever that this was a case where you decided early on that your office would never actually prosecute against officers [Myles] Cosgrove, [Jonathan] Mattingly and anyone else responsible for the unlawful death of Breonna Taylor,” the letter stated.

“Because your office is unwilling to fulfill your duties, we demand you that you recuse yourself from this matter and have the Kentucky Prosecutors Advisory Council appoint a special prosecutor who is willing to allow a grand jury to actually do its job, deliberate over all possible charges and render a decision on a True Bill for each,” it continued.

Although the attorney general initially did not answer questions about which charges he had presented to the grand jury, upon imminent release of the court recordings, Cameron said that he did not recommend any charges against the officers for killing the 26-year-old Black woman.

The grand jury indicted former LMPD detective Brett Hankison last month on three charges of wanton endangerment for wildly firing into neighboring apartments in the course of the raid.

Cosgrove and Mattingly, who both repeatedly shot into Taylor’s apartment and remain on the force, were not indicted.

“A prosecutor leads the grand jury to whatever he needs them to be led to,” Heather Crabbe, an attorney who served as a public defender for six years in Northern Kentucky, told NPR member station WFPL.

“[A prosecutors tells] the jury, you know, the charges before them, and they will present the evidence in a way that will lead to the result that they want,” she added.

Given that Cameron never attempted to bring any charges related to Taylor’s death at the hands of police, Crabbe believes a second grand jury is unlikely.

“For the AG to do that, I think he would have to walk back a lot of what he’s already done,” Crabbe said. “And he’d have to do a lot of legal gymnastics to explain why [Hankison] was charged with wanton endangerment, for shots that he missed, that went into someone else’s apartment, and why the other officers were not charged in Breonna Taylor’s death.”

Megalodon Was Stupendously Big Even Amongst Its Dead Relatives, Study Reveals