Counselor to the President Kellyanne Conway speaks to reporters outside the West Wing of the White House in Washington, D.C., earlier this month. 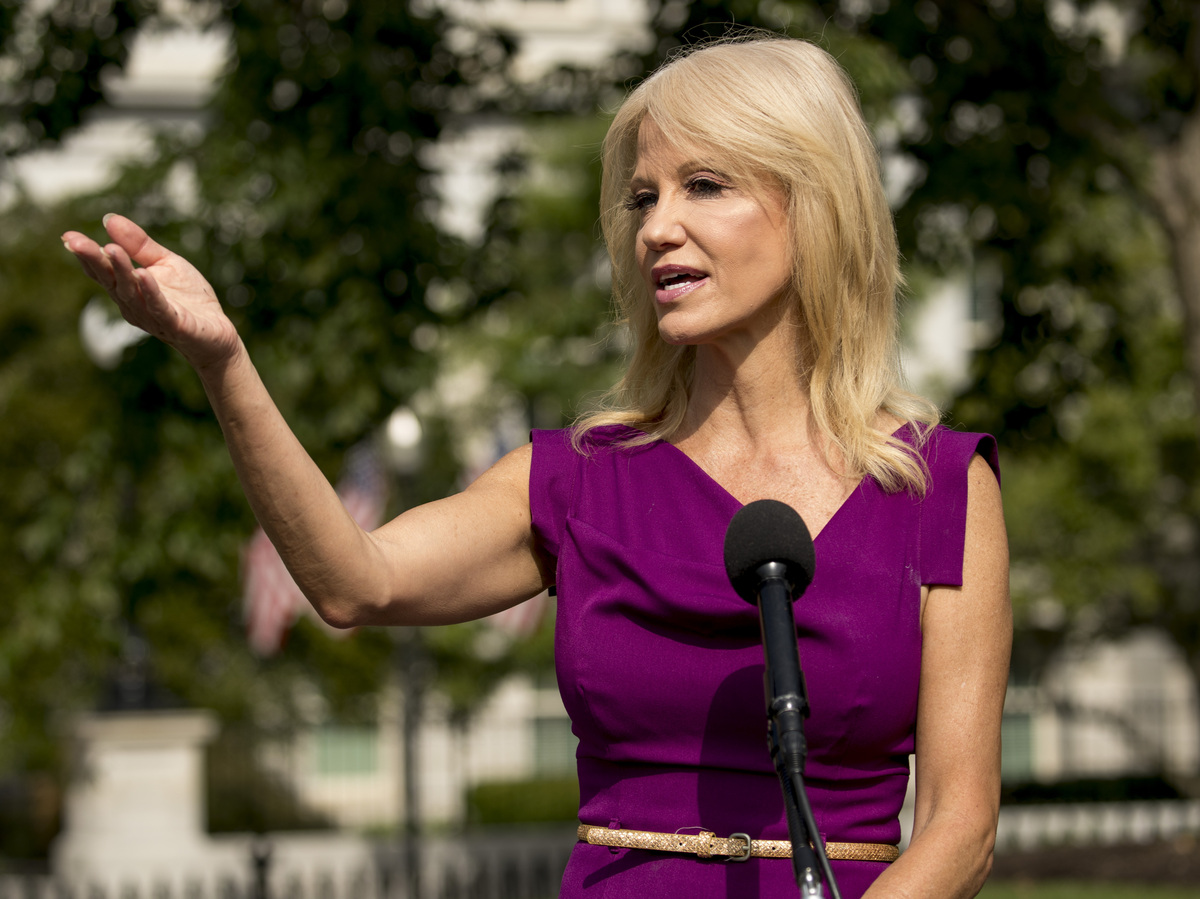 Counselor to the President Kellyanne Conway speaks to reporters outside the West Wing of the White House in Washington, D.C., earlier this month.

Senior White House adviser Kellyanne Conway has announced that she will step down from her post at the end of the month.

Conway, whose official title is counselor to the president, is known for her tenacious defense of administration policy in frequent appearances on cable television. She is one of President Trump’s longest-serving aides.

In a statement on Sunday, she cited a need to “devote more time to family matters.”

“I will be transitioning from the White House at the end of this month,” she said.

Conway’s husband, conservative lawyer George T. Conway III, has become a relentless critic of the president, frequently placing his wife in an awkward position. He announced on Twitter Sunday that he is withdrawing from the Lincoln Project, a group of Republicans devoted to defeating Trump in November that he helped found. He said he is also taking “a Twitter hiatus.”

So I’m withdrawing from @ProjectLincoln to devote more time to family matters. And I’ll be taking a Twitter hiatus.

Needless to say, I continue to support the Lincoln Project and its mission. Passionately.

The news of Conway’s impending departure from the White House follows a tweet from her 15-year-old daughter, Claudia, over the weekend announcing that she was “officially pushing for emancipation.”

In a series of tweets that followed, she said that her mother’s job had “ruined my life” and that she and her father “agree on absolutely nothing,” politically, “we just both happen to have common sense when it comes to our current president.”

On Sunday, the teenager clarified in a tweet that her desire for emancipation was not about her mother’s job, but “about years of childhood trauma and abuse,” then added: “this is becoming way too much so i am taking a mental health break from social media. see y’all soon. thank you for the love and support. no hate to my parents please.”

In her statement, Kellyanne Conway said her experience working at the White House had been “heady. It’s been humbling.”

“I am deeply grateful to the President for this honor, and to the First Lady, the Vice President and Mrs. Pence, my colleagues in the White House and the Administration, and the countless people who supported me and my work.”

She said that she and her husband “disagree about plenty,” but that the couple “are united on what matters most: the kids.”