The U.S. Capitol, seen here on April 13, remains closed to public tours and open only to members, staff, press and official business visitors. 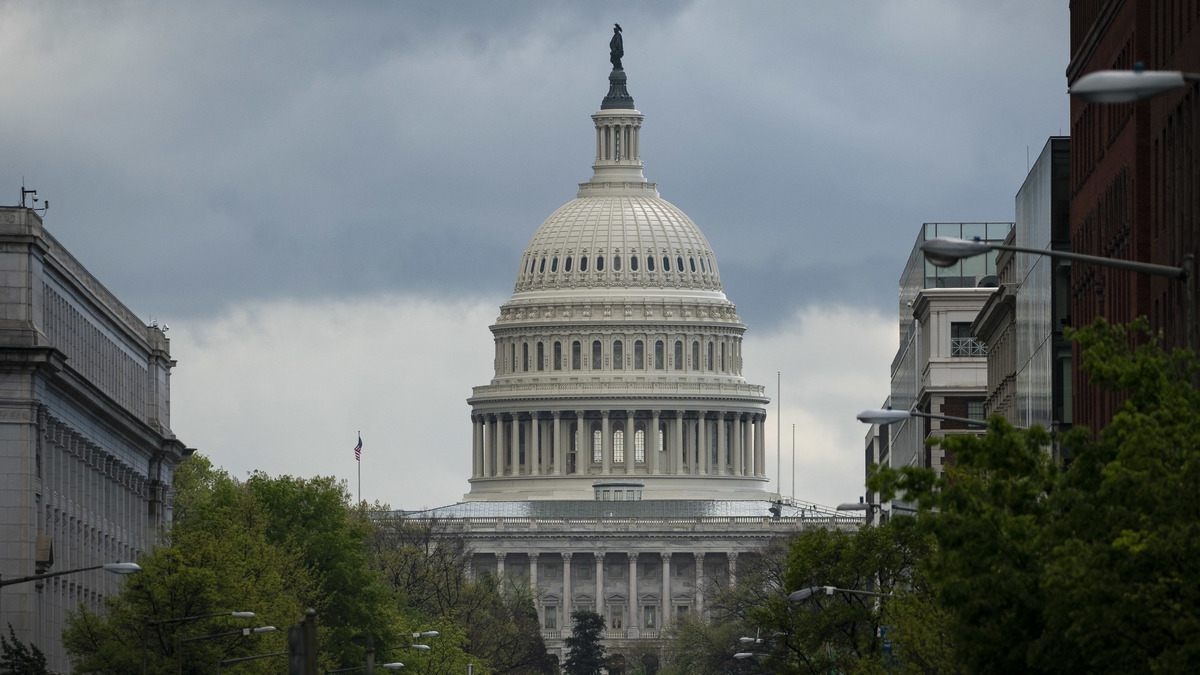 The U.S. Capitol, seen here on April 13, remains closed to public tours and open only to members, staff, press and official business visitors.

The coronavirus pandemic continues to upend the daily work of Congress, which has seen a series of outbreaks.

Most recently, President Trump, First Lady Melania Trump and several others tested positive following a White House Rose Garden ceremony to announce his nominee, Judge Amy Coney Barrett, as Supreme Court justice. At least nine Republican members of Congress attended, and several individuals tested positive for the coronavirus infection or were sidelined in quarantines in the days that followed.

Among them, Sens. Mike Lee of Utah and Thom Tillis of North Carolina, who had attended Senate business the week after the ceremony, then tested positive. Soon after, Wisconsin Sen. Ron Johnson, who wasn’t at the Rose Garden event, also tested positive. Several more members tested negative, but entered quarantines after exposure at the event, including Sens. Ben Sasse of Nebraska and Ted Cruz of Texas and Louisiana Rep. Mike Johnson.

The new outbreak forced the Senate to recess for two weeks, with plans to reconvene for a full chamber vote to allow Republicans to confirm Barrett. The House was already slated to be away.

This isn’t the first spread of the illness for Capitol Hill.

The pandemic sidelined Congress since its March beginnings, as House and Senate leaders delayed bringing back members for several weeks in light of public health guidelines recommending social distancing.

The Senate returned in May, but the much larger House still stayed mostly away as a result of advice from the attending physician to Congress. That same month, the House approved historic rule changes allowing remote voting and hearings.

So far, the virus has infected about 20 lawmakers and forced dozens more to self-quarantine. More than 100 members of their staffs and Capitol Hill workers have tested positive.

The initial rash of cases began March 8, when two Republican lawmakers, Sen. Ted Cruz of Texas and Rep. Paul Gosar of Arizona, were the first members of Congress to announce self-quarantines. Both had attended the Conservative Political Action Conference in National Harbor, Md., where an attendee at the conference had fallen ill.

The following week, the first two members of Congress said they tested positive for the coronavirus. Republican Rep. Mario Diaz-Balart of Florida and Democratic Rep. Ben McAdams of Utah both said they developed symptoms after a March 14 vote on a coronavirus relief package.

By October, more than 120 Capitol workers reported a positive test or were presumed so, including more than 40 members of the U.S. Capitol Police. Earlier this summer, Gary Tibbetts, a longtime staffer for Republican Rep. Vern Buchanan of Florida, died from COVID-19 on July 24.

And some lawmakers have taken antibody tests to see if they were previously ill. Among them, Democratic Sens. Tim Kaine of Virginia and Bob Casey of Pennsylvania both said they tested positive months after experiencing symptoms in the spring.

In late July, House Speaker Nancy Pelosi also issued a new mask mandate after Rep. Louie Gohmert, R-Texas, who has often rejected mask protocols, tested positive for the coronavirus. Gohmert had attended several hearings a day before testing and returned to the Capitol following a White House screening that caught his infection.

This story was originally published on April 15, 2020.

IBM to split into two companies by end of 2021