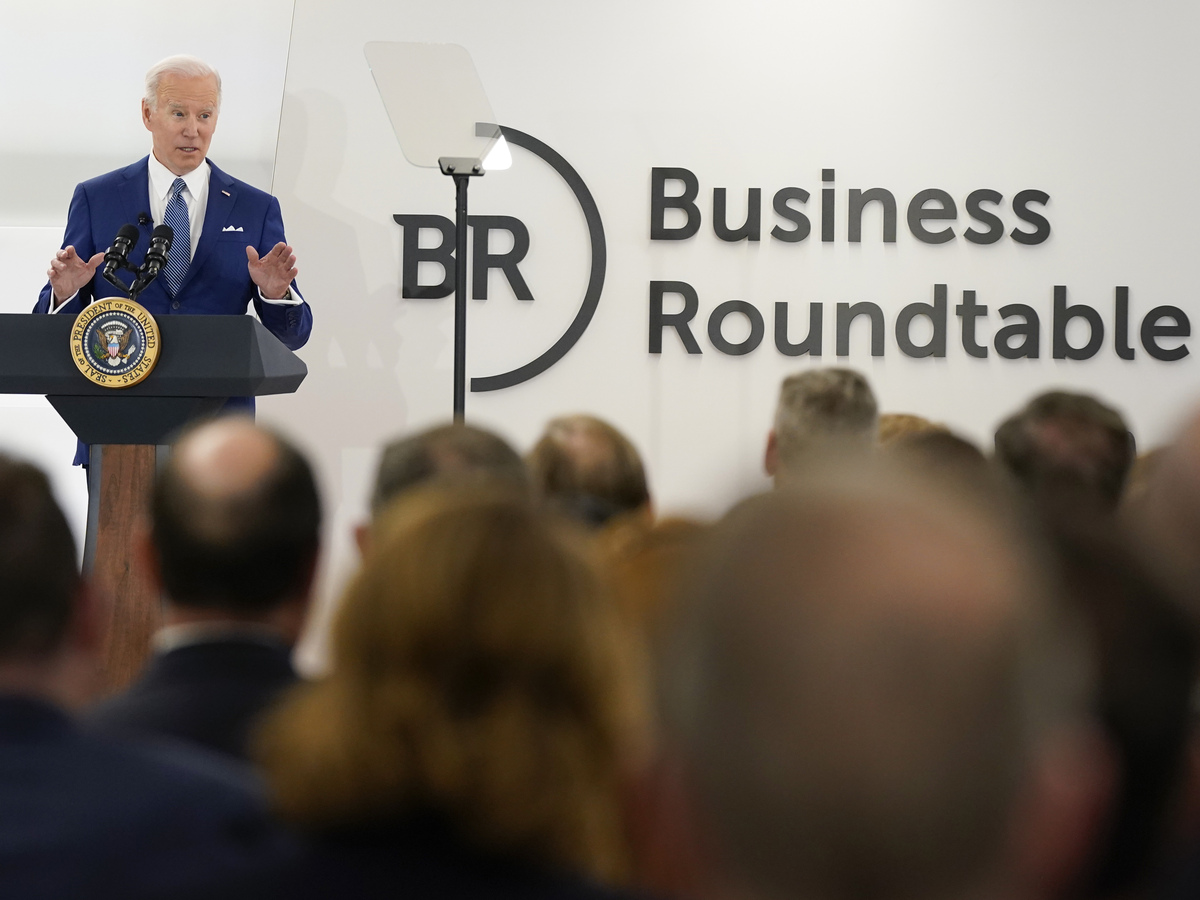 President Biden met with a small group of CEOs from some of the biggest U.S. energy, food and manufacturing companies at the White House on Monday to talk about Russia’s invasion of Ukraine.

They also discussed the need to “mitigate price increases on American consumers” caused by the war and the need to address disruptions to energy and agricultural markets, the White House said in a statement.

The list of CEOs, obtained by NPR’s Asma Khalid, included:

Biden later met with a larger group of CEOs from the Business Roundtable and warned them about the risk of Russian cyberattacks, urging them to make sure their sectors stepped up protections.