A wildfire in Lassen County in Northern California on Saturday spawned at least one fire tornado that prompted the National Weather Service to issue a tornado warning. As of Monday, firefighters were still trying to contain the blaze. 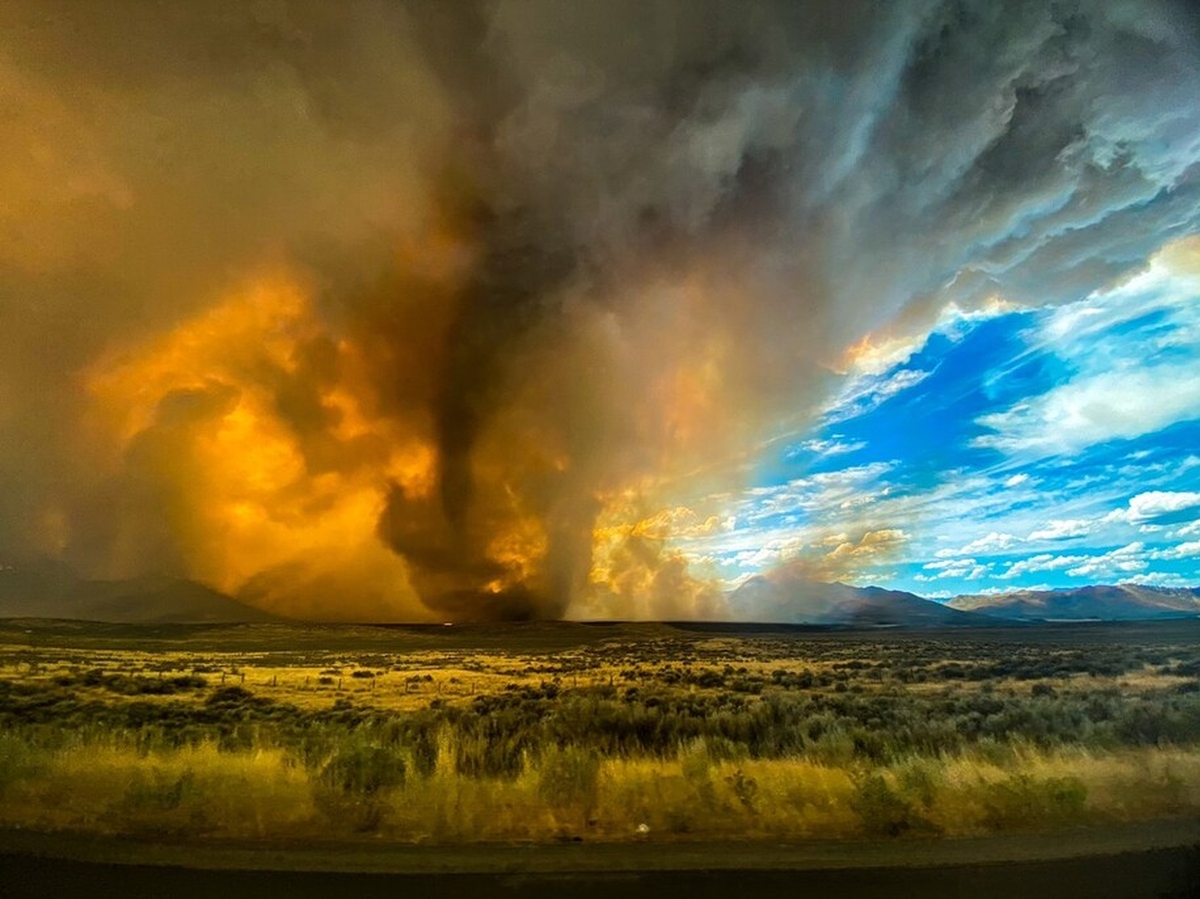 A wildfire in Lassen County in Northern California on Saturday spawned at least one fire tornado that prompted the National Weather Service to issue a tornado warning. As of Monday, firefighters were still trying to contain the blaze.

Firefighters are battling more than a dozen wildfires across California as a scorching heatwave continues to bear down on the state. And in the midst of record-breaking temperatures, rare lightning storms have also sparked a handful of new fires that continue to rage on.

“We are all experiencing rather extraordinary conditions,” Gov. Gavin Newsom said on Monday, adding that there are about 15 fires burning in the northern and southern ends of the state.

About 40,000 acres have been charred by a fire that was started by lightning close to Loyalton, a community along the California-Nevada border near Reno.

As of Monday afternoon, officials said it was 10% contained after destroying 11 structures, including five homes, the Tahoe National Forest said.

The Lake Fire, which erupted near Lake Hughes in the Angeles National Forest on Wednesday, has now burned nearly 29 square miles of land, Cal Fire reported on Monday. So far, 26 crews from across three agencies have contained about 38% of the fire.

The Lake Fire is currently 19,026 acres & is 38% contained. The fire remains over 8 miles northeast of Interstate 5 & south of Hwy 138. Interstate 5 & Highway 138 are both open, however smoke may be seen from either route. For more info visit: https://t.co/ebHWYjBlve

Part of the challenge they are facing is the steep and rugged terrain that makes much of the blaze inaccessible.

Officials were relieved to report significant progress on the eastern and northern borders of the fire during an afternoon press conference.

But the western edge, which has not burned in more than 100 years, is where the fire is most dangerous to existing structures. Los Angeles County Fire Department officials said at least 4,000 structures are in danger of being torched.

In all, 21 structures have been destroyed by the fire, while three others have been damaged.

Meanwhile, the threat of fire tornadoes hovers over the state after several struck northern California on Saturday. That has prompted the National Weather Service to issue tornado warnings as pyrocumulus clouds form over the rapidly spreading fires.

These clouds, which contain moisture from fires below, sometimes generate such strong winds that they reach tornadic speeds. In the case of the Loyalton fire on Saturday, the National Weather Service said wind speeds exceeded 60 mph.

Firefighting officials in Los Angeles County on Monday said the extreme hot weather is not going to let up anytime soon. And those on the front lines are concerned it could dry out vegetation in other parts of the West, setting the stage for future fires.

Some climate scientists say the current heat wave could be the worst in more than a decade.