Jacob Blake answers questions during a hearing Friday, Sept. 4 in Kenosha, Wis. Blake, who appeared remotely, waived his right to a preliminary hearing — and then pleaded not guilty to three charges that were filed against him back in July. 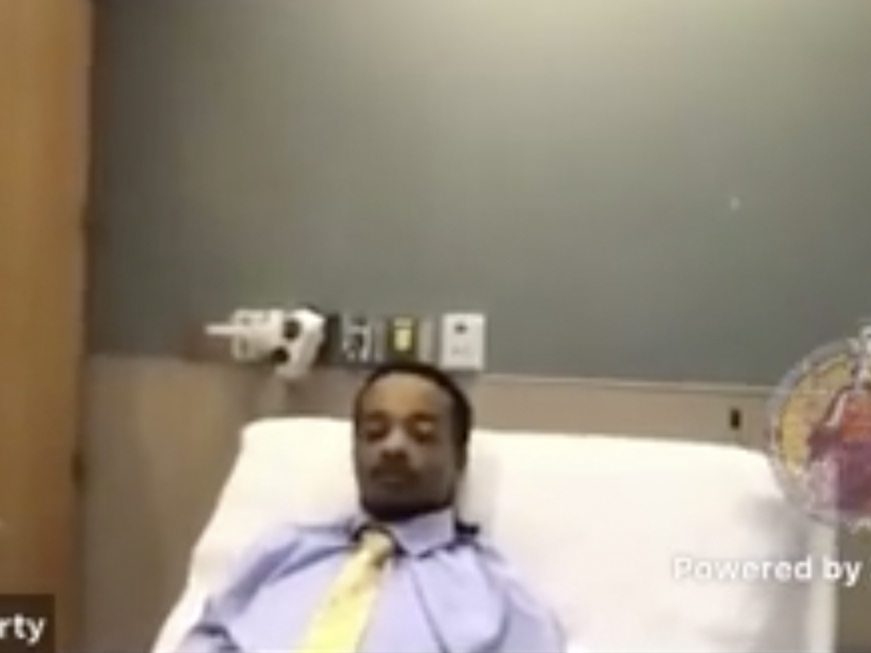 Jacob Blake answers questions during a hearing Friday, Sept. 4 in Kenosha, Wis. Blake, who appeared remotely, waived his right to a preliminary hearing — and then pleaded not guilty to three charges that were filed against him back in July.

Jacob Blake, the 29-year-old Black man who was shot by police in Wisconsin last month, spoke from his hospital bed about the pain of recovery and his hope for the future in a video posted to Twitter by his attorney on Saturday.

“I just want to say, man, to all the young cats out there and even the older ones, older than me, there’s a lot more life to live out here, man. Your life,” Blake said, snapping his fingers, “and not only just your life, your legs — something that you need to move around and move forward in life — can be taken from you like this.”

Blake was left paralyzed from the waist down after he was shot seven times in front of his three sons by a police officer in Kenosha on Aug. 23. The officer is on administrative leave pending an investigation. The Blake family is launching a civil suit against the Kenosha Police Department over the shooting.

This was Blake’s second public appearance since he was admitted to the hospital after the shooting. In his first appearance, he was dressed in a blue dress shirt and tie in his hospital bed to plead not guilty to criminal charges. He is accused of third-degree sexual assault — a felony — and criminal trespass and disorderly conduct.

But during the video released Saturday, Blake was dressed in a hospital gown addressing the greater public, not the court.

“Please, I’m telling you, change y’all lives out there,” Blake said. “We can stick together, make some money, make everything easier for our people out here, man, because there’s so much time that’s been wasted.”

Since the August shooting, protests have erupted across Kenosha calling for an end to police violence. The protests turned deadly when two demonstrators were shot and killed and a third was injured on Aug. 25. Kyle Rittenhouse, an Illinois 17-year-old, has been charged with six criminal counts, including first-degree intentional homicide for the shooting. The investigation is ongoing; Rittenhouse’s lawyers say the shooting was an act of self-defense.

President Trump appeared to defend Rittenhouse this past Monday, saying, “He was trying to get away from them, I guess, it looks like.” The following day, Trump visited Kenosha, despite many officials encouraging him to not visit. Trump did not visit Blake but instead held a roundtable discussion with law enforcement and local leaders. He said the unrest in Kenosha did not represent “acts of peaceful protest, but really domestic terror.”

“He talked about how nothing was going to defeat him,” Biden said, describing a phone call he held with Blake. “How, whether he walked again or not, he was not going to give up.”

Trees and shrubs might reveal the location of decomposing bodies