The Supreme Court is seen on Monday morning. 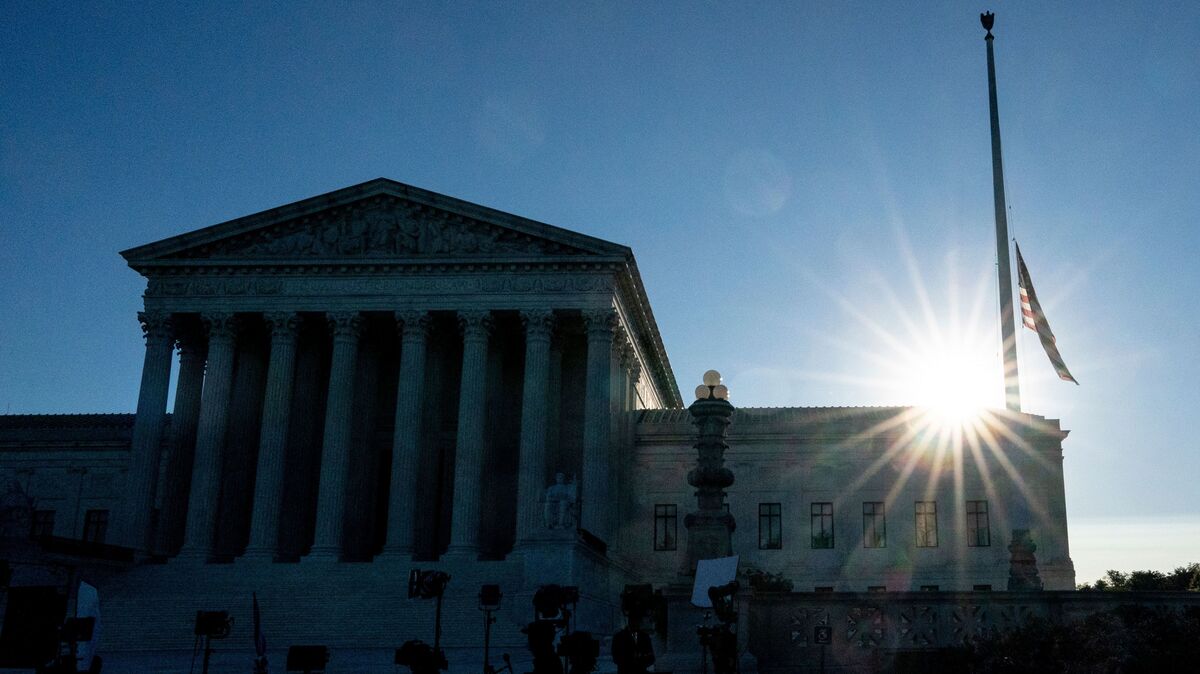 The Supreme Court is seen on Monday morning.

President Trump said on Monday that he plans to announce his nominee for the Supreme Court vacancy left by the death of Ruth Bader Ginsburg on Friday or Saturday.

“I think it will be on Friday or Saturday, and we want to pay respect,” Trump said in an interview on Fox and Friends. “It looks like we will have probably services on Thursday or Friday, as I understand it, and I think in all due respect we should wait until the services are over for Justice Ginsburg.”

But while repeatedly proclaiming his respect for Ginsburg, Trump dismissed her final statement, that her wish was not to be replaced until a new president is installed, saying it sounded like “it came out of the wind,” and suggesting with no evidence that one of his Democratic opponents could have made it up.

“I don’t know that she said that, or was that written out by Adam Schiff and Schumer and Pelosi?” Trump said, referring to Democratic Rep. Adam Schiff of California, Speaker Nancy Pelosi of California and Senate Minority Leader Chuck Schumer of New York. “I would be more inclined to the second, OK, you know? That came out of the wind. It sounds so beautiful, but that sounds like a Schumer deal, or maybe a Pelosi or Shifty Schiff.”

Trump said he is looking at five potential nominees.

“Most of them [the potential nominees] are young, and they’ve gone through the [nomination] process very recently,” Trump said, arguing that the process could move rapidly through the Senate. He noted that one person he is considering for the vacancy is 38 years old, and could be on the court for 50 years. NPR has previously reported that Allison Jones Rushing, who is on the Fourth U.S. Circuit Court of Appeals, is being considered. She is 38 years old.

He also praised U.S. Circuit Court Judge Barbara Lagoa, who is from Florida, a key swing state in the presidential election. “She’s excellent. She’s Hispanic. She’s a terrific woman from everything I know. I don’t know her. Florida, we love Florida. So she’s got a lot of things, very smart.”

Trump thought the naming of a nominee could help Republicans retain the Senate in November, including Republican Sen. Cory Gardner, who’s in a tight contest in Colorado.

But he also said the comments by Sen. Susan Collins, R-Maine, and Sen. Lisa Murkowski, R-Alaska, could hurt their chances. Both indicated the Senate should not act on a replacement for Ginsburg until after the presidential election.

And he said Murkowski’s comments “will follow her.” Murkowski is not up for reelection for two years.

Children’s allergic reactions to nuts spike at Halloween and Easter