Former Minneapolis police officer Derek Chauvin’s use of force against George Floyd is under scrutiny as the trial enters its fifth day of testimony Friday. After hearing from paramedics and Chauvin’s former supervisor, the jury is expected to hear from more police officers, possibly including Minneapolis Police Chief Medaria Arradondo.

The trial has entered a more technical phase, centering on Floyd’s medical status and officers’ application of police policy. The first week of the trial brought several days of intensely emotional testimony from eyewitnesses who watched police pin Floyd to the asphalt and heard Floyd’s final words last May, as he pleaded with the officers to get off of him.

More than a dozen witnesses have already testified this week, and Friday’s court session is expected to be a short one. Hennepin County Judge Peter Cahill said on Thursday that because of the fairly rapid progress in moving through the prosecution’s witness list, the jury will likely have part of Friday afternoon off.

The chief is testifying one day after Chauvin’s former supervisor, retired Minneapolis Police Sgt. David Ploeger, testified about the phone call he made to Chauvin about the struggle with Floyd. Ploeger was alerted to the situation by 911 dispatcher Jena Scurry, who testified on Monday that she became alarmed as she watched live video footage of the arrest.

“When Mr. Floyd was no longer offering up any resistance to the officers, they could have ended the restraint,” Ploeger said. If an officer puts his knee on someone’s neck, he said, that position should only be held until the subject is handcuffed and not resisting any longer.

Also on Thursday, two paramedics who were called to the scene outside of Cup Foods described how Floyd was unresponsive when they arrived and “limp” as they placed him on a gurney. Their ambulance’s cardiac monitor showed he had “flat-lined,” Hennepin County paramedic Seth Bravinder said.

The trial of Derek Chauvin is now in its fifth day of witness testimony. Here, a Minneapolis restaurant shows the trial on TV in its dining room on Thursday. 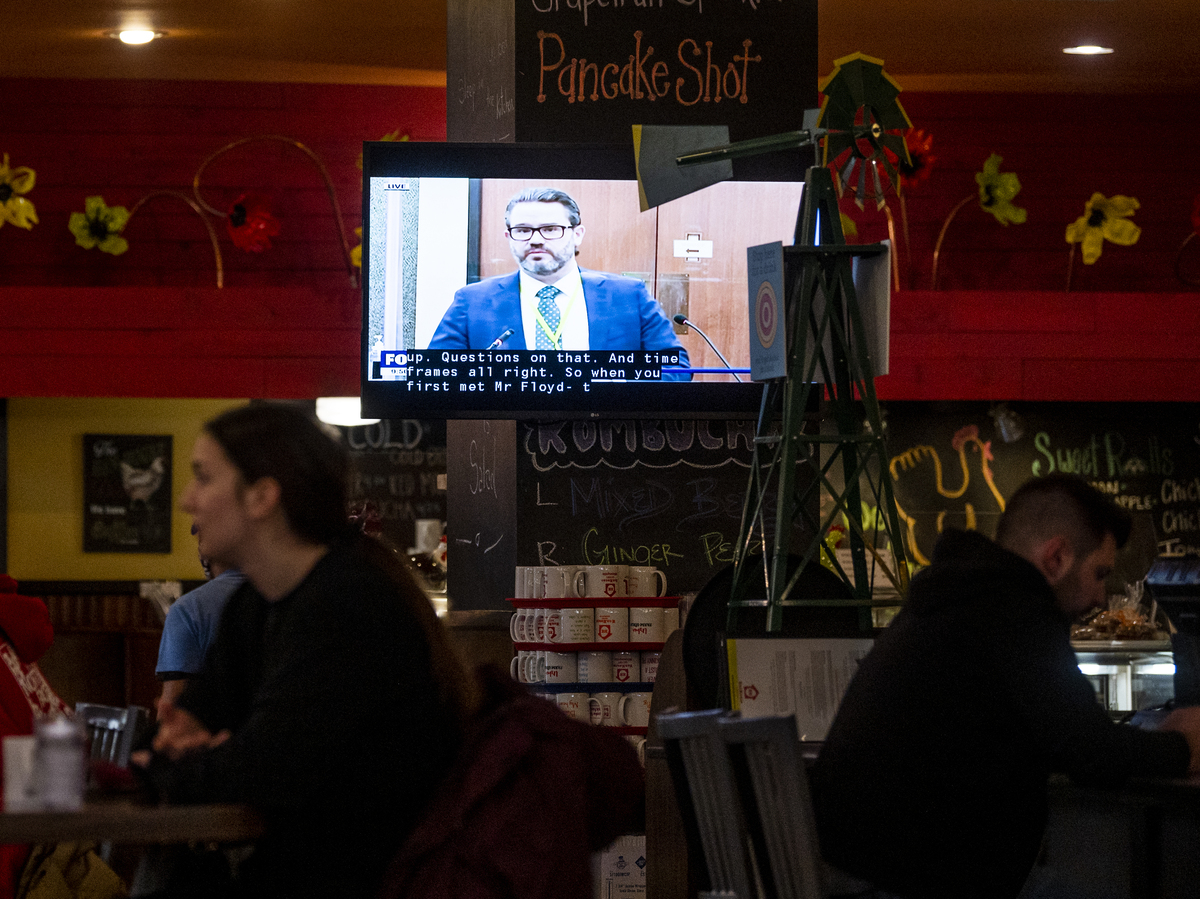 The trial of Derek Chauvin is now in its fifth day of witness testimony. Here, a Minneapolis restaurant shows the trial on TV in its dining room on Thursday.

The Hennepin County medical examiner’s office ruled Floyd’s death was a homicide, saying his heart and lungs stopped functioning “while being restrained” by police. But it also noted “other significant conditions,” including fentanyl intoxication and recent methamphetamine use as well as heart disease.

Prosecutors say Chauvin was directly responsible for Floyd’s death. But the officer’s defense attorney disagrees, saying Floyd was overdosing on fentanyl when he died.

A look at the challenges in building workable vaccine passport apps, including dealing with forged records, protecting privacy, and interoperability (David Ingram/NBC News)