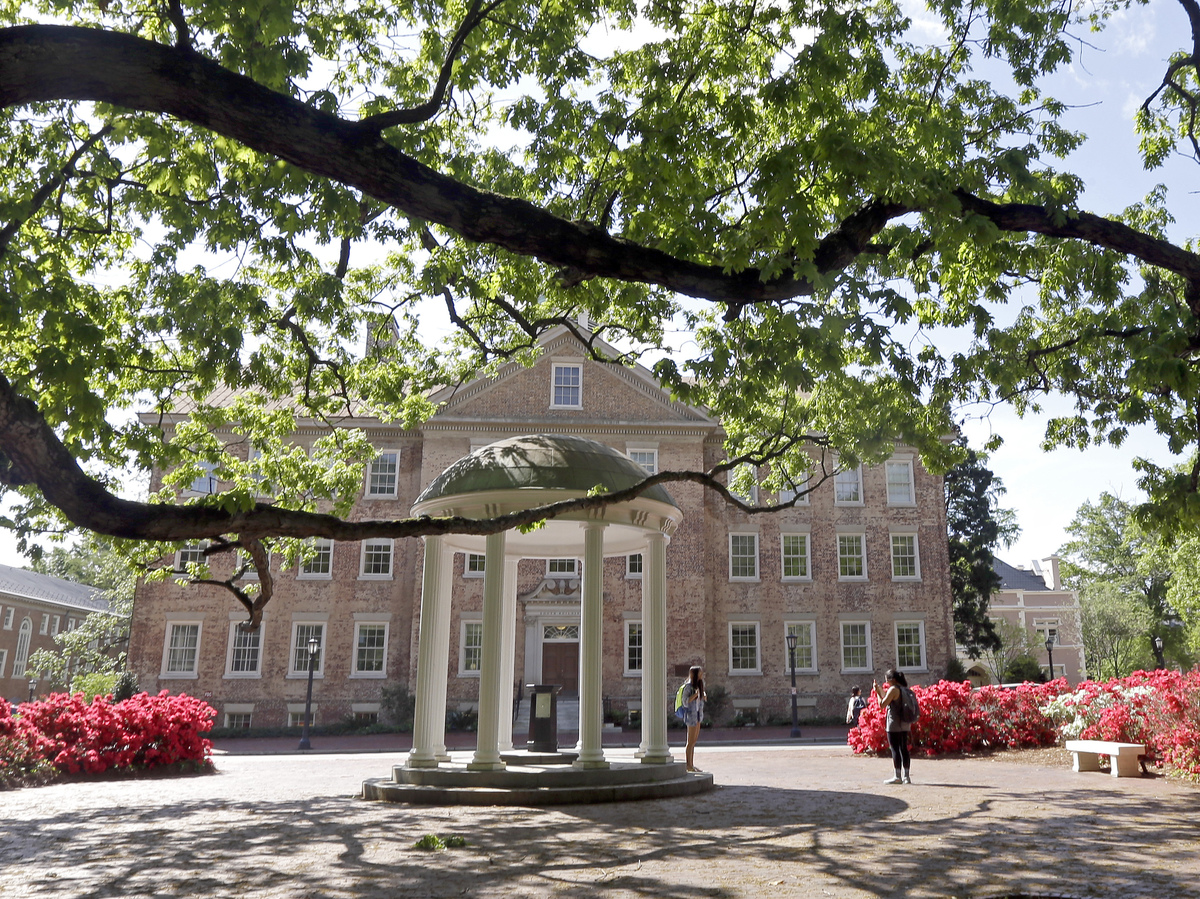 The University of North Carolina at Chapel Hill announced on Sunday that it identified another cluster of coronavirus cases on campus, the fourth reported in three days.

The latest cluster is located at Hinton James Residence Hall, the university said in an alert. According to the university’s website, the living space typically houses over 900 students, many of whom are in their first year.

The individuals in the cluster are isolating and receiving medical monitoring, the university said, and all dormitory residents have been given “additional information about this cluster and next steps.”

Reports of clusters have streamed in since fall classes started on Aug. 10.

On Aug. 14, the university announced it had identified two separate sets of clusters: one at a residence hall heavily populated by first year students, and one at a privately-managed apartment complex that houses UNC students. The following day, it announced an additional cluster at an off-campus fraternity house.

UNC-Chapel Hill kicked off the school year with about 5,800 students in dorms, which accounted for more than half of the available beds, The Washington Post reported. Other students are living nearby off-campus.

Classes are being offered through a handful of models, including face-to-face, remote only and a mix of both.

The university said that it had been preparing for five months to identify, trace and isolate potential positive cases on and off campus as part of its fall reopening plan.

The plan included guidelines for face coverings, physical distancing and on-campus gatherings, which are limited to 25 people both indoors and outdoors. (State public health orders limit gatherings to a maximum of 10 people indoors and 25 outdoors.)

The Daily Tar Heel reported on Thursday that police in Chapel Hill will ramp up patrols downtown and in student neighborhoods after receiving reports of people violating social distancing guidelines.

As of Friday, 1,049 North Carolinians were hospitalized with the virus.

Institutions of higher education across the country are starting their fall semesters as the global pandemic stretches on. Some have already grappled with a jump in infections, particularly in fraternity houses: earlier this summer, both the University of Washington and the University of Mississippi dealt with outbreaks linked to Greek life.

The New York Times reported at the end of July that more than 6,600 cases had been linked to about 270 colleges since the start of the pandemic.

RTrack: total active players on Roblox grew ~35% since Feb. to 164M in July, helping many of its 2M+ game developers, some as young as 16, make a lot of money (Kellen Browning/New York Times)

Photographer Captures Eerie And Majestic Sky 'Jellyfish' During a Storm