Bill Murray speaks at the Governors Awards last month at the Dolby Ballroom in Los Angeles. 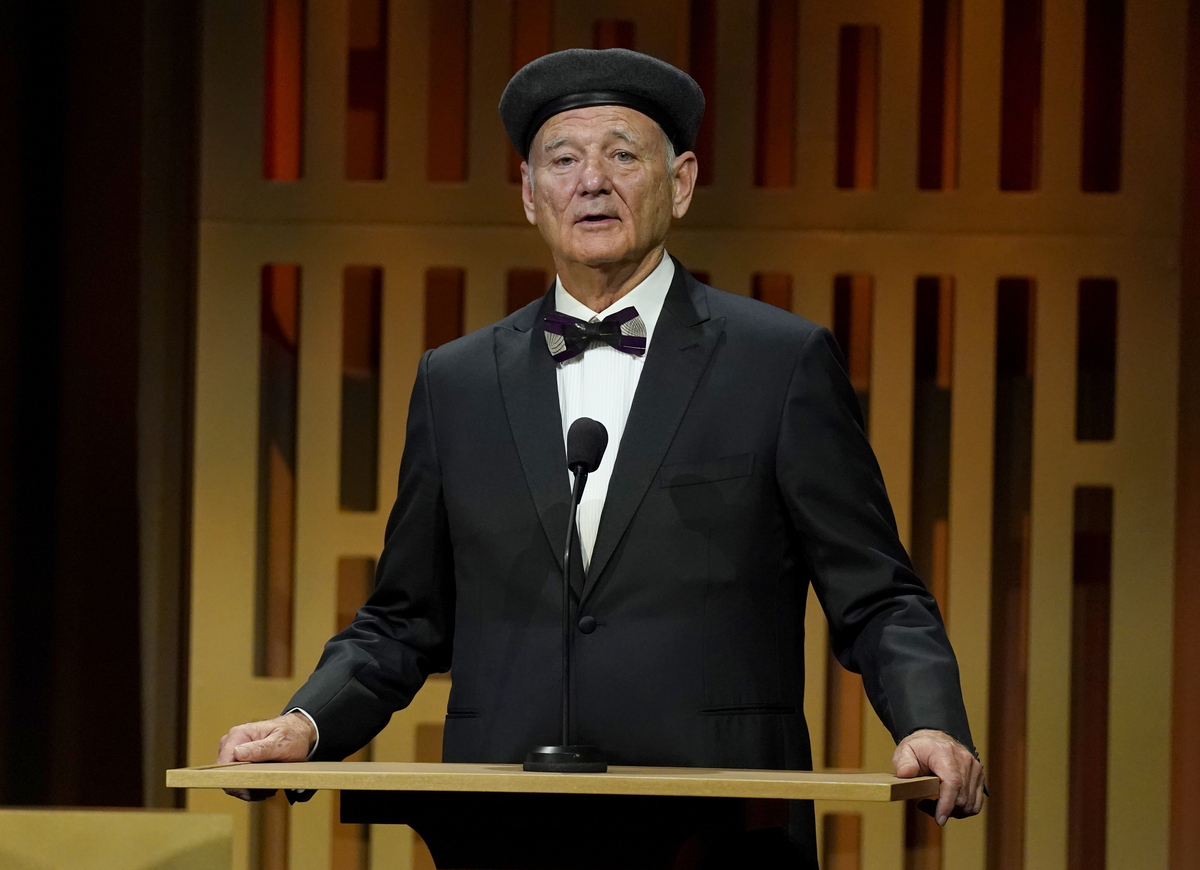 Bill Murray speaks at the Governors Awards last month at the Dolby Ballroom in Los Angeles.

Bill Murray on Saturday acknowledged that his behavior on set led to a complaint from a woman and the suspension of filming on his latest movie.

The actor and comedian, in his first comments about the shutdown of Being Mortal, described the incident as a “difference of opinion” but declined to provide specifics on what transpired, or who it involved.

“I did something I thought was funny and it wasn’t taken that way,” he told CNBC during an interview at the annual shareholders meeting for Berkshire Hathaway. “The movie studio wanted to do the right thing so they wanted to check it all out, investigate it and so they stopped the production.”

Murray said he and the unnamed woman are talking it through and “trying to make peace with each other.” He didn’t say when or if production would resume and whether he’d continue to take part in the film.

“We’re both professionals,” Murray said of the woman. “We like each other’s work. We like each other I think and if you can’t really get along and trust each other, there’s no point in going further working together or making a movie as well.”

The 71-year-old Ghostbusters and Caddyshack comedian suggested the changing nature of what’s considered appropriate humor was a factor.

“It’s been quite an education for me,” he said. “The world is different than it was when I was a little kid. What I always thought was funny as a little kid isn’t necessarily the same as what’s funny now. Things change and the times change so it’s important for me to figure it out.”

Murray added: “I think it’s a sad dog that can’t learn anymore. I don’t want to be that sad dog and I have no intention of it.”

Searchlight Pictures has confirmed production was suspended but has so far declined to elaborate, citing the ongoing inquiry. The entertainment website Deadline reports the complaint against Murray was filed earlier this month and production was halted last week.

Being Mortal stars Murray, Seth Rogen, Keke Palmer and Aziz Ansari, who is writing, directing and producing the movie.

Production started in Los Angeles in March and the film was slated to be released in theaters next year. The film is based on surgeon and author Dr. Atul Gawande’s 2014 non-fiction book on end-of-life care, Being Mortal: Medicine and What Matters in the End.