Joe Biden speaks about economic recovery during a campaign event at Colonial Early Education Program at the Colwyck Center, in July. In an interview with Stephen Colbert, the president-elect defended his son, Hunter, whose tax affairs are under investigation. 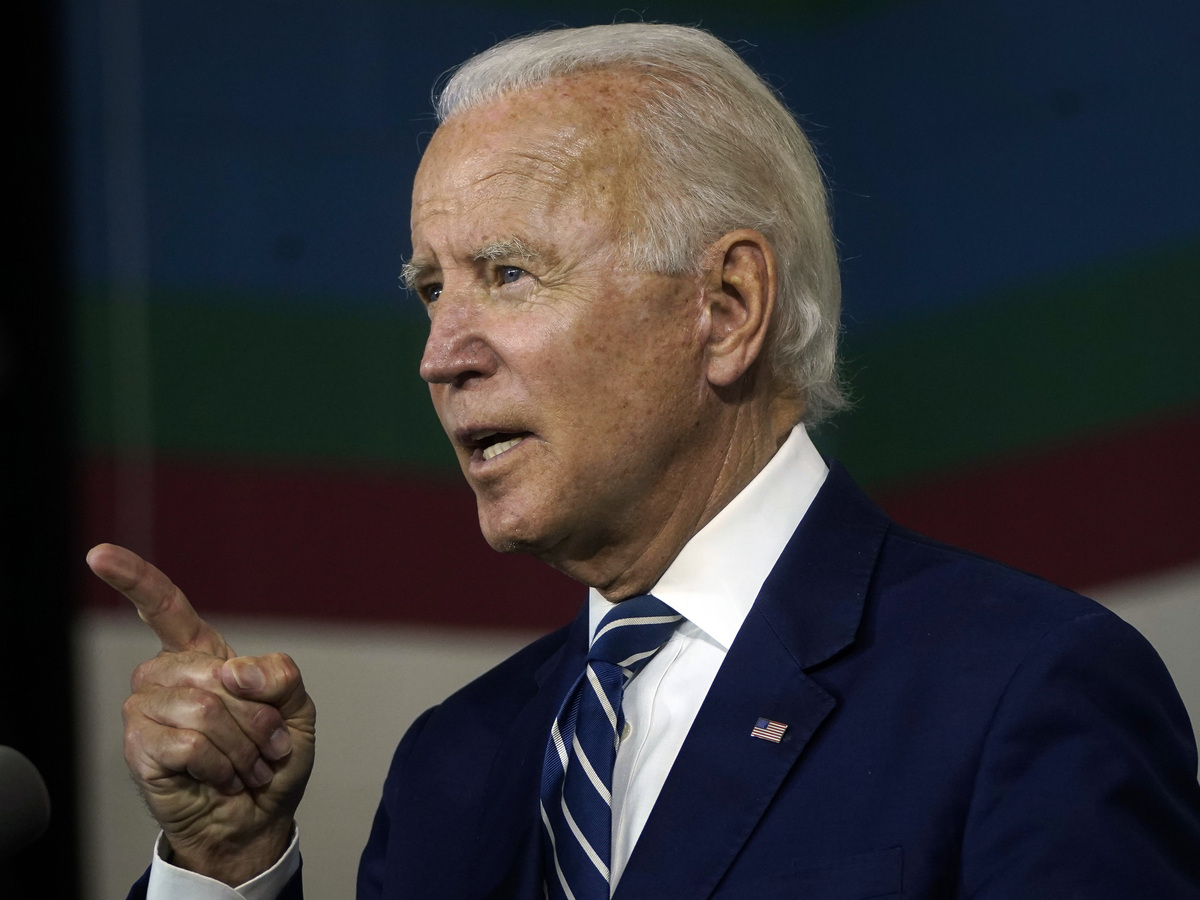 Joe Biden speaks about economic recovery during a campaign event at Colonial Early Education Program at the Colwyck Center, in July. In an interview with Stephen Colbert, the president-elect defended his son, Hunter, whose tax affairs are under investigation.

President-elect Joe Biden told Stephen Colbert he is “not concerned” about the investigation by federal prosecutors into his son Hunter Biden’s tax affairs.

Biden told Colbert when questioned that he thinks the investigation is “foul play” being “used to get to me.” He appeared alongside his wife Dr. Jill Biden during A Late Night With Stephen Colbert that aired Thursday night.

“We have great confidence in our son,” Biden said. “I am not concerned about any accusations that have been made against him.”

Colbert asked Biden if he’d be able to work with Republicans who use the issue as political ammunition.

“People who want to make hay in Washington are going to try to use your adult son as a cudgel against you,” Colbert said. “In terms of your job as president, can you reach across the aisle to people who’ll be using this as an attack on you when it is such a personal attack because it’s about family?”

Biden answered: “If it benefits the country, yes. I really mean it.”

Critics of Biden have often targeted his son as fodder against his father’s campaign. Hunter Biden, 50, revealed last week he is under a federal investigation over his taxes.

“I take this matter very seriously,” the president-elect’s son said in a statement. “But I am confident that a professional and objective review of these matters will demonstrate that I handled my affairs legally and appropriately.”

The president-elect also addressed the coronavirus pandemic during the interview and said he believed by next Christmas the situation in the U.S. will be back to normal or “awfully close.”

During the show, Jill Biden addressed for the first time publicly a recent op-ed that targeted her doctorate and use of the prefix “Dr.” in her name.

The op-ed, published by The Wall Street Journal and written by former magazine editor Joseph Epstein, was decried as misogynistic by many for its tone and content.

“That was such a surprise,” Jill Biden told Colbert, remarking on the biting tone of the piece. “You know, he called me ‘kiddo.’ One of the things that I’m most proud of is my doctorate. I mean I worked so hard for it.”