Young Thug performs on day four of the Lollapalooza Music Festival on Aug. 1, 2021, at Grant Park in Chicago. 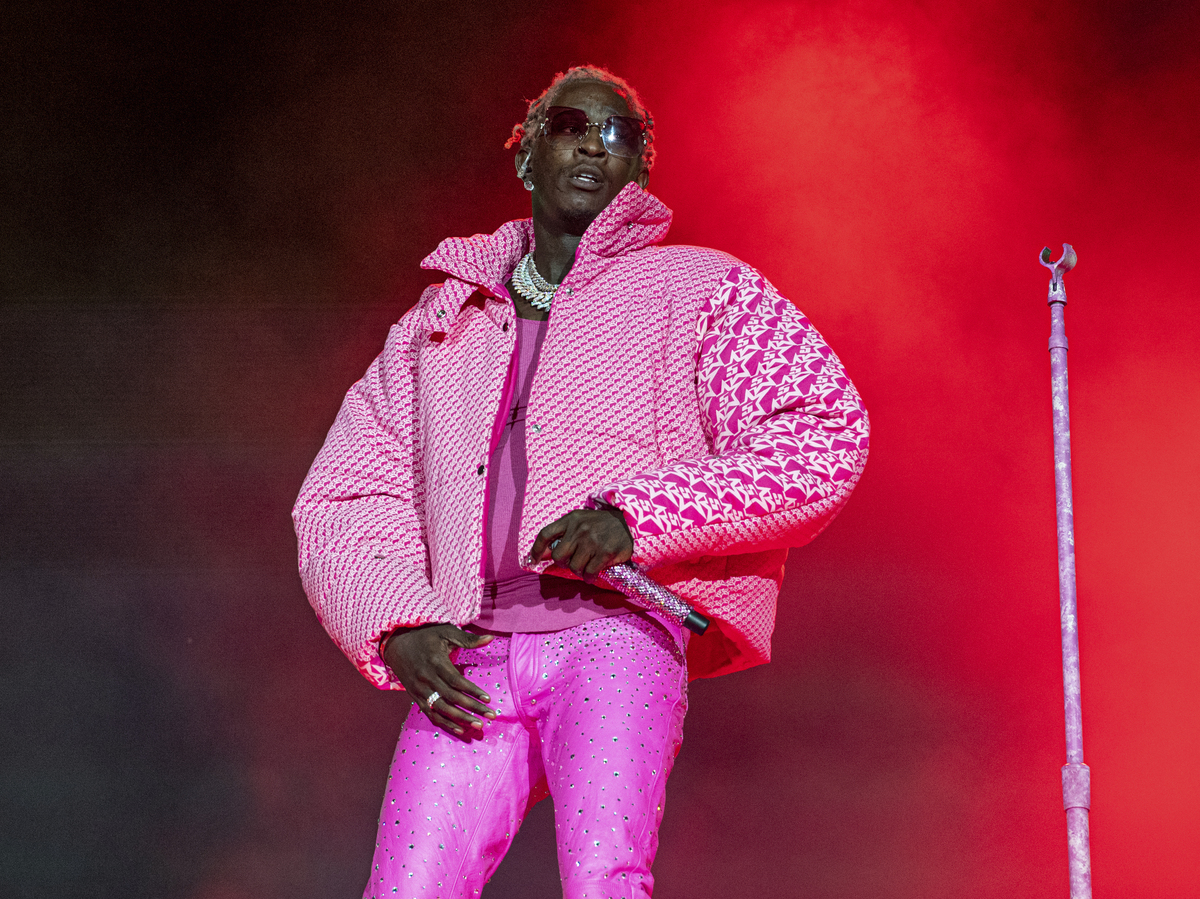 Young Thug performs on day four of the Lollapalooza Music Festival on Aug. 1, 2021, at Grant Park in Chicago.

ATLANTA — Rappers Young Thug was one of 28 people indicted Monday in Georgia on conspiracy to violate the state’s RICO act and street gang charges, according to jail records.

The Atlanta rapper, whose name is Jeffrey Lamar Williams, was arrested at his home in Buckhead, an Atlanta neighborhood just north of downtown. He is being held at the Fulton County Jail.

The conspiracy charge dates back to 2013 and the gang charge to 2018, the jail record says.

Young Thug is allegedly one of three founders of the Young Slime Life, “a criminal street gang that started in late 2012” in Atlanta, the indictment says. YSL is affiliated with the national Bloods gang, officials said. Charges include “Preserving, protecting and enhancing the reputation, power and territory of the enterprise through acts of racketeering activity including murder, assault and threats of violence.”

Young Thug’s lawyer Brian Steel told local media that, “Mr. Williams committed no crime whatsoever” and that he would “fight till his last drop of blood to clear him.”

He will make his first court appearance on Tuesday at 11:30 a.m.

Also indicted on Monday were Atlanta rapper Gunna, whose real name is Sergio Kitchens, and aspiring rapper Christian Eppinger, who was already in jail, accused of shooting an Atlanta Police officer six times in February. It was not immediately known if Gunna, who is accused of conspiracy to violate the state’s RICO act, has been arrested.

In April 2021 Young Thug and Gunna posted bail for 30 low-level inmates who were unable to afford the costs themselves.

Young Thug’s record label has been called YSL Records or Young Stoner Life Records. The label refers to its artists as part of the “Slime Family,” and a compilation album called “Slime Language 2” hit No. 1 on the charts in April 2021.

Russell Wilson and Ciara get a new puppy named 'Bronco'