Police escort recaptured inmates back to the Croix-des-Bouquets Civil Prison after Thursday’s outbreak in Port-au-Prince, Haiti. As of Friday night, authorities were still searching for more than 200 escapees. 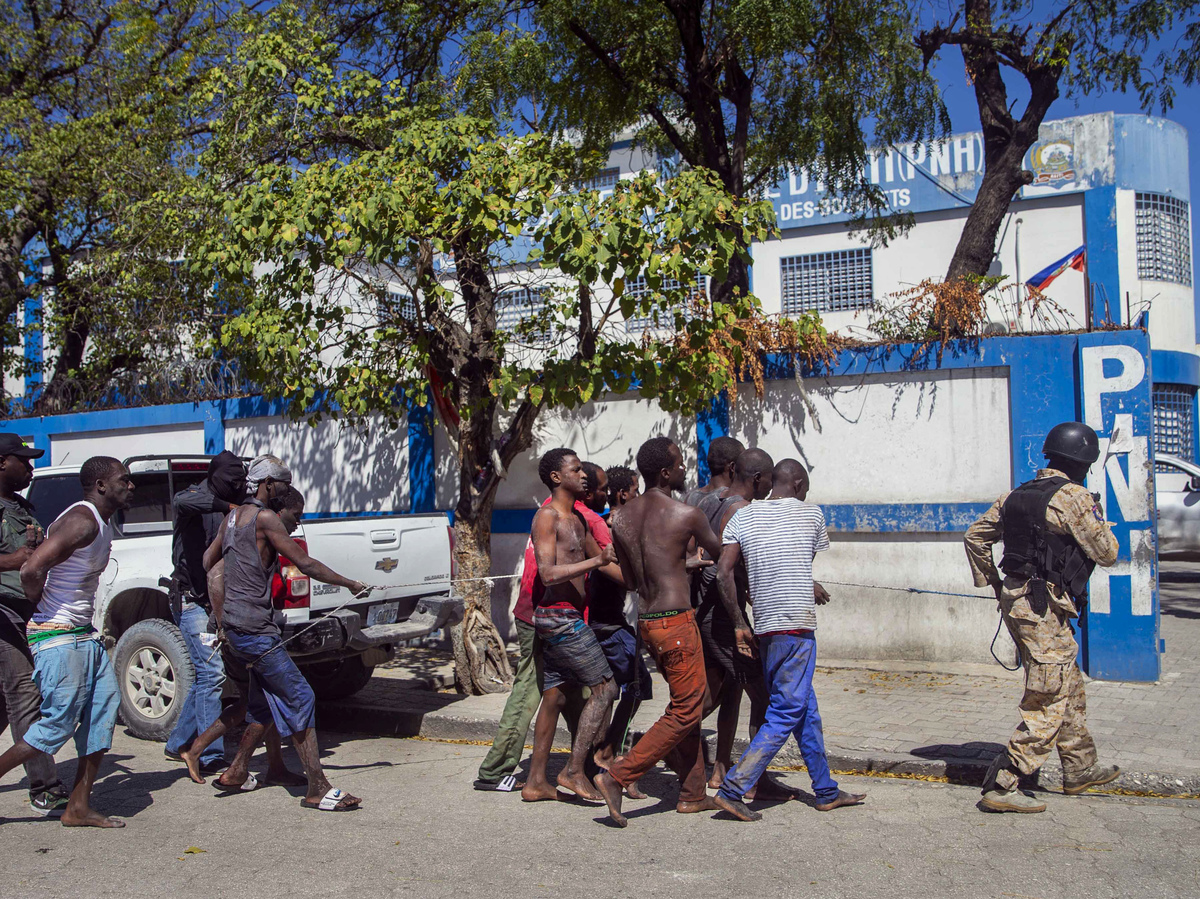 Police escort recaptured inmates back to the Croix-des-Bouquets Civil Prison after Thursday’s outbreak in Port-au-Prince, Haiti. As of Friday night, authorities were still searching for more than 200 escapees.

A massive prison break in Haiti has resulted in the escape of hundreds of inmates and the deaths of at least 25 people, including the prison’s director and a notorious Haitian gang leader named Arnel Joseph.

The prison break occurred Thursday at the Croix-des-Bouquets Civil Prison in the capital of Port-au-Prince. As of late Friday, authorities had recaptured about 60 inmates, but were still actively searching for more than 200 others, according to Haiti’s secretary of state for communication, Frantz Exantus.

Gang violence in Haiti has mounted in recent years, and Joseph, the gang leader, had been among the country’s most wanted fugitives before his arrest in 2019. He had been awaiting trial on charges of murder, rape and kidnapping.

Joseph was killed in a shootout with police after he escaped, Exantus said at a news conference. Joseph was riding on a motorbike through the city when police attempted to flag him down, according to Exantus. He was killed by police after opening fire.

Several of the 25 people killed were bystanders, authorities said, attacked by prisoners as they escaped.

In a statement sent to NPR, the United Nations’ Special Representative for Haiti, Helen La Lime, wrote that she was “deeply concerned” about the prison break.

“I encourage the police to speed up investigations on the circumstances surrounding this incident, redouble its efforts to re-apprehend the escapees, and strengthen security around prisons throughout the country,” said La Lime.

President Jovenel Moise tweeted Friday condemning the breakout and urging Haitians to remain calm. The Haitian National Police, he wrote, “is instructed to take all measures to bring the situation under control.”

Haiti is in the midst of political turmoil, as President Moise faces increasing pressure to step down. Moise was elected to a five-year term in late 2015, but allegations of fraud so marred the election that a provisional administration governed for just over a year before he took office in February 2017. Moise contends that means his five-year term does not end until 2022, and he has ruled by decree since late 2019. Widespread protests erupted this month over his refusal to leave office and after more than 20 political opponents who Moise accused of planning a violent coup were arrested.

For everyday Haitians, especially those in Port-au-Prince, the prison break is only the latest chapter in what has been a year of increasing violence.

A dramatic increase in kidnappings for ransom over the last year have prompted school closings and a warning from the U.S. Embassy urging American citizens to exercise caution while traveling in Port-au-Prince. In recent months, kidnapping victims have included a nun, a surgeon, the five-year-old daughter of a peanut seller and two members of a film crew.

Meanwhile, the epidemic of gang violence over the last year has left hundreds dead and even more displaced. In December, the U.S. Treasury Department imposed sanctions on a number of Haitian officials for taking part in a scheme to arm and fund gangs in order to “create instability and silence the Port-au-Prince population’s demands for improved living conditions.”

And just this month, a United Nations report urged Haitian authorities to “end impunity” for violent gang members, adding that “without a proper process of accountability, the cycle of violence is likely to result in more victims.”