Shaandiin Parrish, who was then Miss Navajo Nation, grabs a box filled with food and other supplies to distribute to Navajo families on May 27, 2020, in Counselor on the Navajo Nation Reservation, New Mexico. 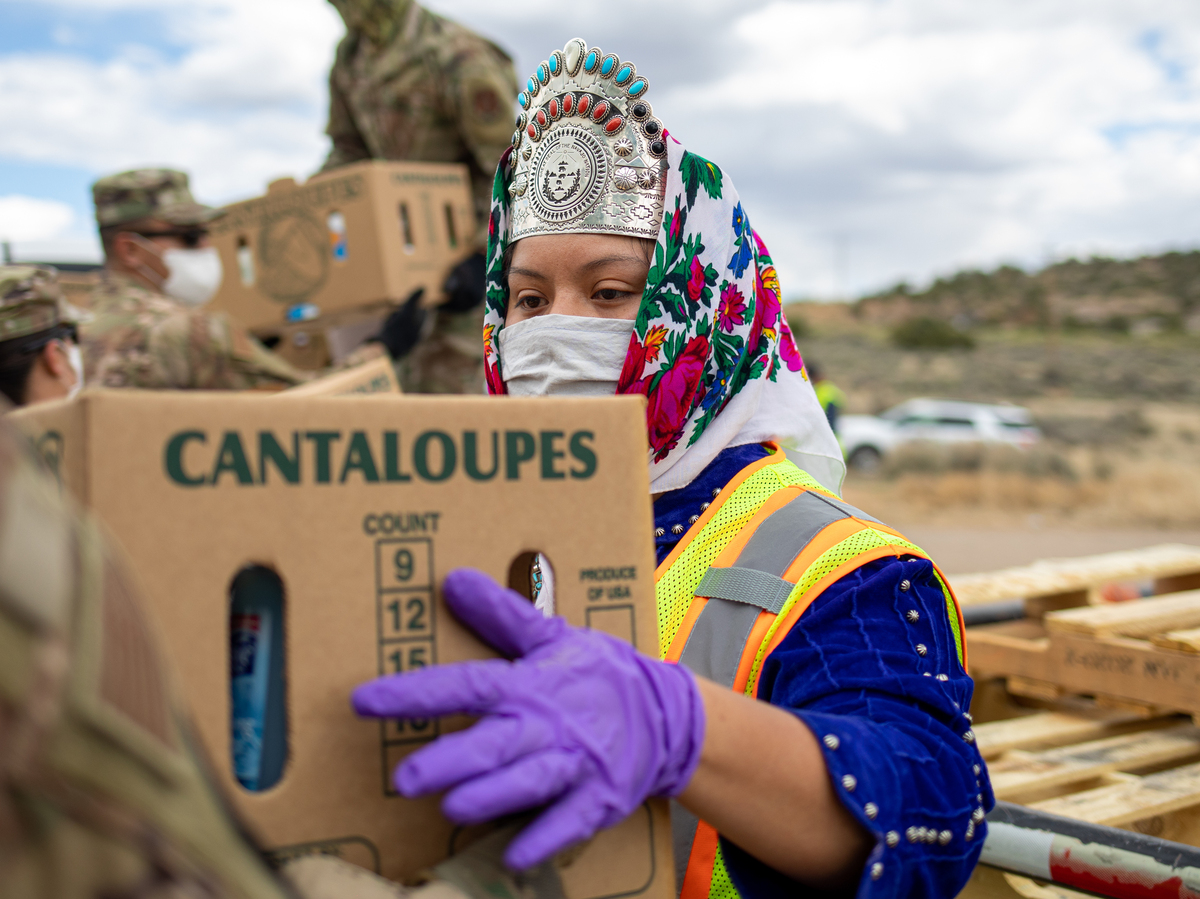 Shaandiin Parrish, who was then Miss Navajo Nation, grabs a box filled with food and other supplies to distribute to Navajo families on May 27, 2020, in Counselor on the Navajo Nation Reservation, New Mexico.

The COVID-19 pandemic hit Black, brown and Indigenous communities at a deadlier rate through 2020. When President of the Navajo Nation Jonathan Nez declared the pandemic a public health crisis in the tribe, Parrish’s role as Miss Navajo Nation changed.

“We really took a hands-on approach and I’m very fortunate the president included me in the conversations and also in the food distributions to be on the front lines with him,” Parrish said.

They were so focused on the work, Parrish says, they lost track of time and organizing the pageant in 2020 was not a focus. She ended up staying Miss Navajo Nation for another year.

“We were so focused on our work that we didn’t realize it was August, and usually the pageant takes place in September, so with little time, we didn’t prioritize the pageant. And we really wanted to prioritize the health and wellbeing of our people,” Parrish said.

Parrish says the work involved food and water distribution, visiting parts of the Navajo Nation that had no running water and providing hand sanitizer. She had to make personal sacrifices, too, choosing to self-isolate away from her family in 2020 while doing the work so she wouldn’t put them at risk of contracting the virus.

“Being isolated, that definitely takes a huge toll on your mental health and just your wellbeing in general but we really stuck together as a team. We’re very fortunate to have kept each other safe,” she said.

The Miss Navajo Nation pageant is different than what most people might think of when they consider a pageant event. The event takes place half in English and half in the Navajo language, and contestants have to show a deep knowledge of Navajo culture and heritage.

One of the rounds of the pageant includes showing how to properly slaughter a sheep and prepare the cuts of meat in the traditional way, to prove Miss Navajo Nation’s ability to take care of her family and her people, and pass on the traditions to the next generation.

Now, Parrish, a graduate of Arizona State University and a former staffer in the state’s senate, is able to pass on the title. The 2021 pageant took place in September this year and Niagara Rockbridge was named the new Miss Navajo Nation.

“I am excited for her,” Parrish said. “I am very excited to see how she will help our people.”