A sign promoting participation in the 2020 census is displayed as Selena Rides Horse enters information into a phone for a member of the Crow Indian Tribe in Lodge Grass, Mont. in August. 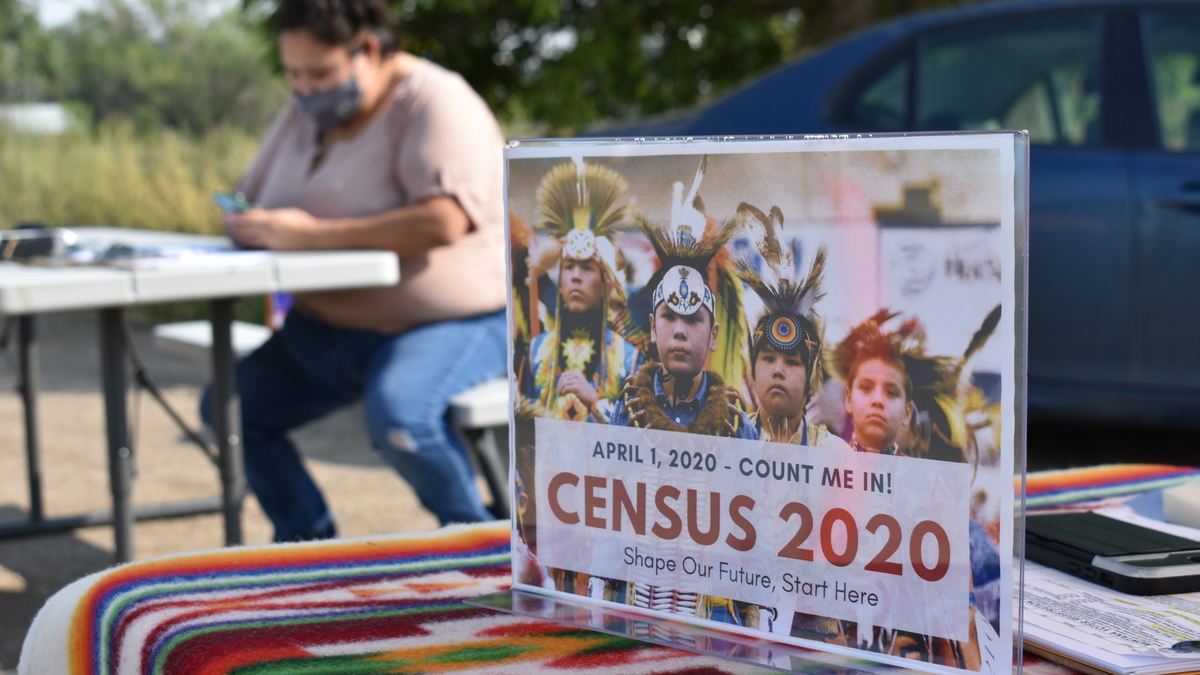 A sign promoting participation in the 2020 census is displayed as Selena Rides Horse enters information into a phone for a member of the Crow Indian Tribe in Lodge Grass, Mont. in August.

A federal court has ordered the Trump administration to abandon last-minute changes to the 2020 census schedule and extend the time for counting for an additional month.

The preliminary injunction issued by U.S. District Judge Lucy Koh in the Northern District of California is part of a federal lawsuit over the shortened timeline for the national head count. The ruling is expected to be appealed, further complicating what could be the final days of tallying for this year’s census.

In response to disruptions caused by the coronavirus pandemic, the administration had previously called for more time for the once-a-decade census and asked Congress to pass four-month extensions to the legal deadlines for reporting results.

But in July, the administration changed its position with no public explanation. The Census Bureau’s director, Steven Dillingham, later confirmed that Commerce Secretary Wilbur Ross, who oversees the bureau, had directed it to speed up all counting efforts to end by Sept. 30 — a month earlier than the bureau had planned — in order to deliver the first set of results to President Trump, as federal law requires, by the end of this year.

Congress has yet to pass any laws to extend the census reporting deadlines, although a bipartisan group of senators recently introduced a bill with extensions.

Still, top career officials at the bureau warned as early as May that because of COVID-19, the bureau could no longer meet the Dec. 31 reporting deadline for the latest state population counts. Those numbers are used to determine each state’s share of seats in the House of Representatives for the next 10 years.

According to the bureau’s own internal analysis, truncating the time for the census increases the risk of serious errors in the results, which are also used to guide the distribution of an estimated $1.5 trillion a year in federal money to local communities for Medicare, Medicaid and other public services.

Recently released internal documents show that officials tried to warn the administration in July that shortening the schedule would lead to “fatal data quality flaws that are unacceptable for a Constitutionally-mandated national activity” and risked the perception of “politically-manipulated results.”