Rescuers carry a worker who was trapped in a gold mine to an ambulance in the city of Qixia in China’s Shandong province. Eleven workers trapped for two weeks by an explosion inside the mine were brought safely to the surface on Sunday. 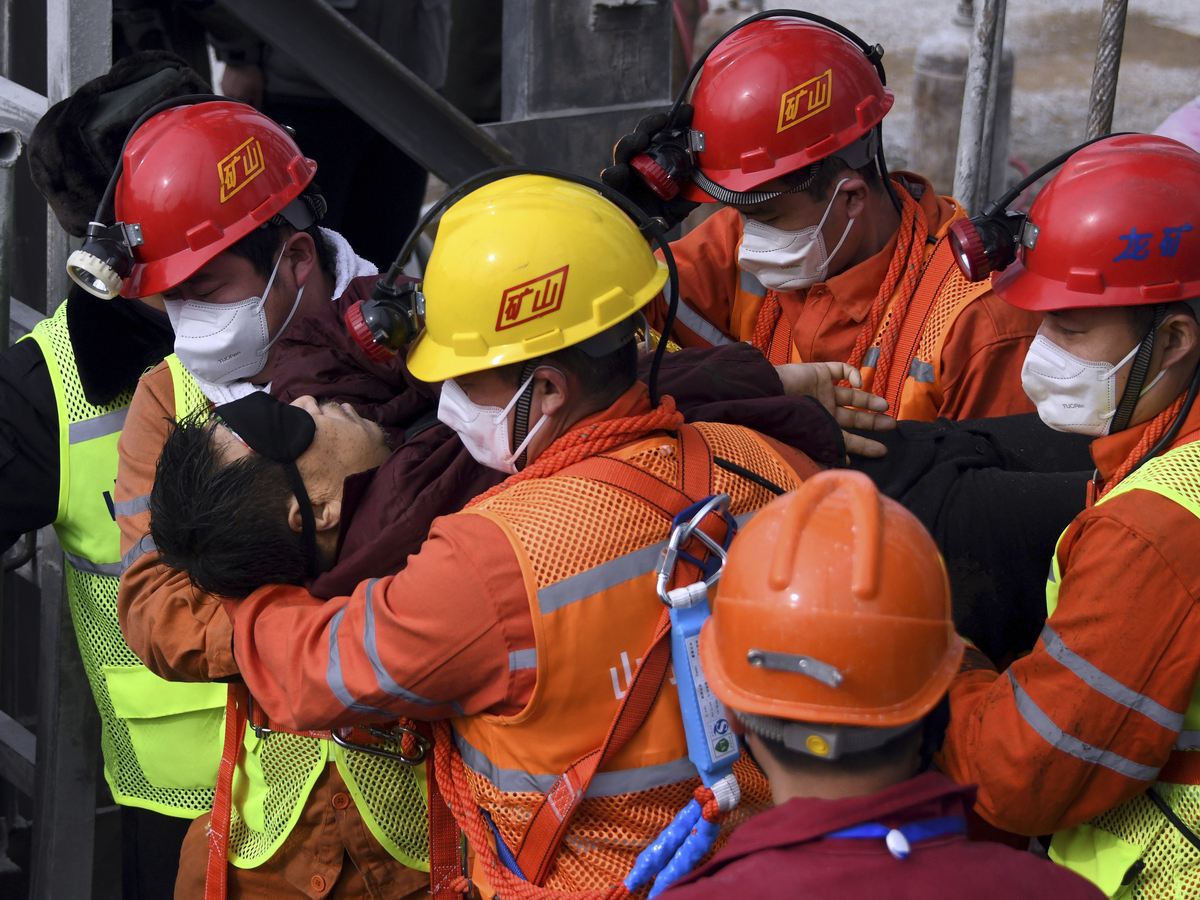 Rescuers carry a worker who was trapped in a gold mine to an ambulance in the city of Qixia in China’s Shandong province. Eleven workers trapped for two weeks by an explosion inside the mine were brought safely to the surface on Sunday.

Eleven miners have been rescued in China after a harrowing two weeks trapped some 2,000 feet below ground.

The rescue marked a moment of celebration and relief in what has been an arduous and complex effort to bring the men to safety. One miner has already died and another 10 remain missing.

The first miner was rescued shortly after 11 a.m. local time on Sunday. Television footage showed rescuers clapping and cheering as the miner was brought to the surface wearing a blindfold to protect his eyes from the light. He was brought to the hospital for treatment, with his condition described as “extremely weak.” Several other miners were seen walking on their own with the help of rescuers before being taken to the hospital.

The miners became trapped on Jan. 10 following an unexplained explosion at the Hushan gold mine located in the city of Qixia in China’s eastern province of Shandong. It was not until 30 hours later that the accident was reported, leading to the firings of at least two local officials.

For several days there were no signs of life, but then on Jan. 17, rescuers felt a pull on one of the ropes they had lowered into the mine. The trapped miners were eventually able to get a note up to rescuers, warning that they were injured, surrounded by water and in need of medicine. The note said 11 people were trapped in one section of the mine, one in another section and that 10 others were unaccounted for.

“Hope that the rescue will not stop,” they wrote in their note. “We have hope, thank you!”

Rescuers were able to lower medicine, food and liquids to the miners, as well as thermometers and blankets. The miners also asked for pickles and porridge to be dropped to them while they waited to be saved.

To reach the miners, rescuers had to clear through a blockage that was estimated to be more than 300 feet thick and weighing approximately 140,000 pounds. On Wednesday, one of the miners died of head injuries sustained in the blast, according to the state-run Xinhua news agency.

China’s mines are among the most dangerous in the world. In December, 23 miners died after a carbon monoxide leak at a mine in the southwest city of Chongqing. Three months before that, 16 miners died in a similar accident in the city. For all of 2020, China recorded 434 mining accidents and 573 mining-related deaths, according to the country’s National Mine Safety Administration.

How Mutualistic Bonds Between Species Can Morph Into Evolutionary Battles